Centrally located and offering everything you need for a fuss-free and peaceful getaway to the Winterless North, all you need to do is unpack! Welcome to Tui's Retreat!

Enjoy a laidback stay at this two bedroom home, where summer living is all too easy as you flow from the open-plan living space on to the sunny wrap-around deck.

Make the most of the well-equipped kitchen to whip up a few delicious sides to go with your BBQ feast. Then, open up the ranch slider and enjoy alfresco dining under the shade of the umbrella as you admire the expansive views.

If you're here for a mid-year stay, an efficient heat pump ensures you can set just the right temperature to get cosy with a book, or to settle in to watch your favourite show on the TV with Freeview.

Close to shops, restaurants and of course, stunning Coopers Beach, you really can't go wrong with Tuis Retreat. It's also an excellent base as you travel up towards Cape Reinga and Kaitaia, or perhaps to the picture-perfect Bay of Islands on a day trip!

Tui's Retreat is waiting to welcome you to Cable Bay!

Available at this property for $25 per person. You’ll see the option for our linen service in the ‘Add-Ons’ section during your booking.

Please be aware there is off-street parking for two vehicles at this property.

Thanks for a great stay, easy and quick communication, nice house in a good location, had everything we needed nearby.

The house was comfortable but in dire need of TLC. It felt everything in the house was old and not cared for. The photos of the deck are very generous to actual reality. The deck is full of splinters and the furniture is so cheap putting a glass on the table made you think it would fall off. Its a shame the plants are all dead on the deck too wouldn't take much to put some flowers or hardy plants rather than dead planter boxes. The shower is a death trap. Everytime you turn it off the shower head falls off, it nearly smashed my three year old on the head. So definitely watch out for that. It's a nice touch having a swing underneath and hammock. The ball swing out back looked fun but again fear of touching it on case it broke as very fragile. It's a shame that you provide an oven but only one cooking dish/pot, no trays or anything. Overall a good base for exploring the area, some TLC and this place will match what you see in the photos.

Thank you for your valuable feedback Vicki. We have passed along your feedback to the owner of the property to make any needed improvements. We are glad to hear you enjoyed this area for your holiday.

Great place to stay. The house is well equipped, well cared for, and has everything you need for a good stay. There are nice partial sea views from the deck both to Coopers Beach and across Doubtless Bay to the Karikari Penninsula. The location is a 10 minute walk or two minute drive to Coopers Beach. We had a great stay and would happily visit again. 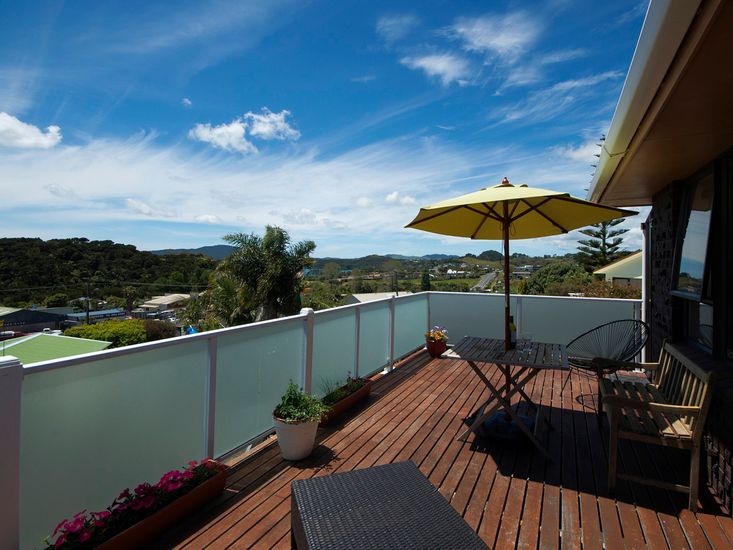 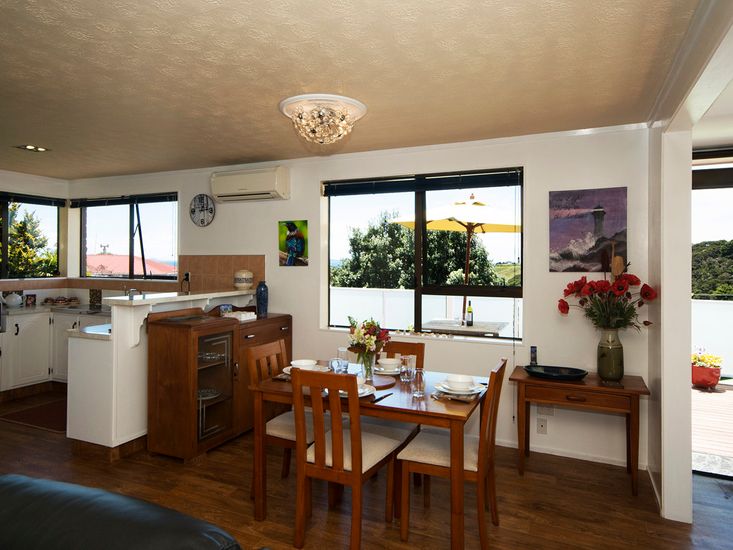 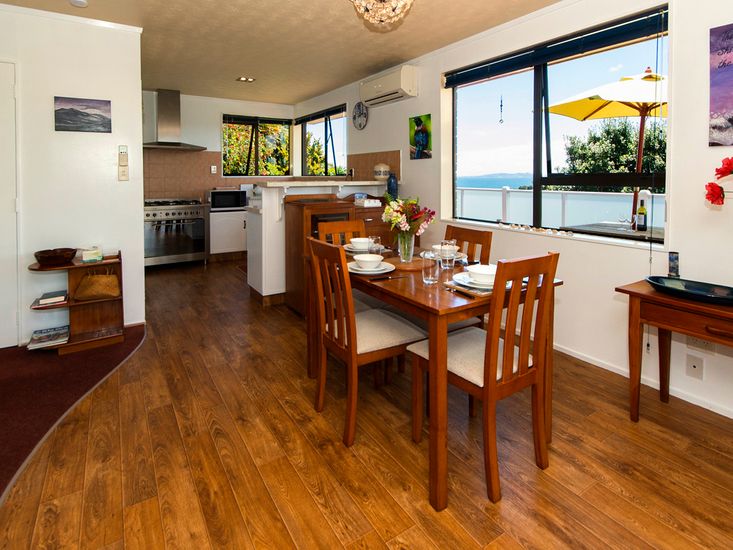 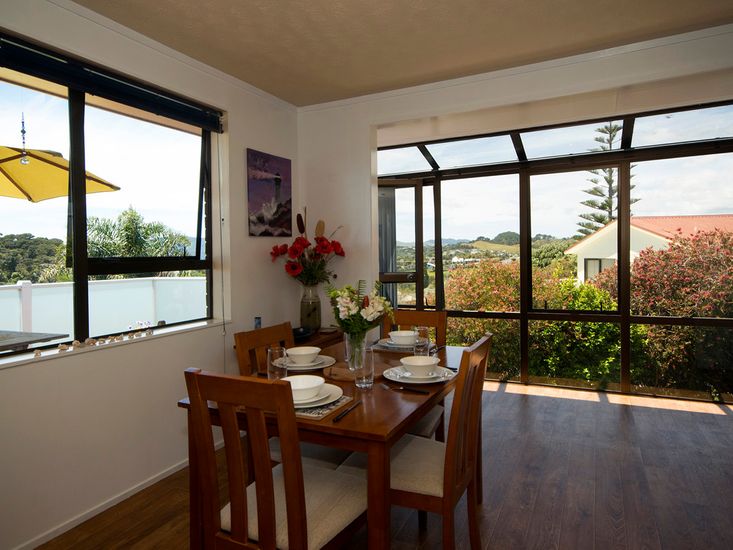 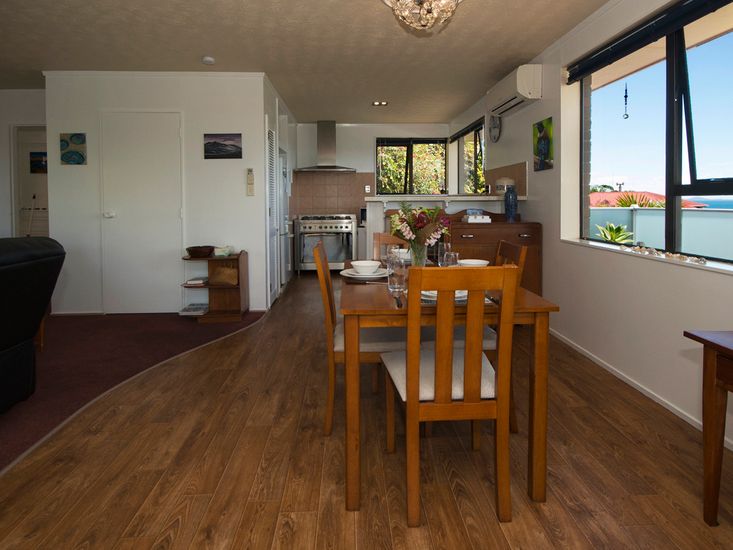 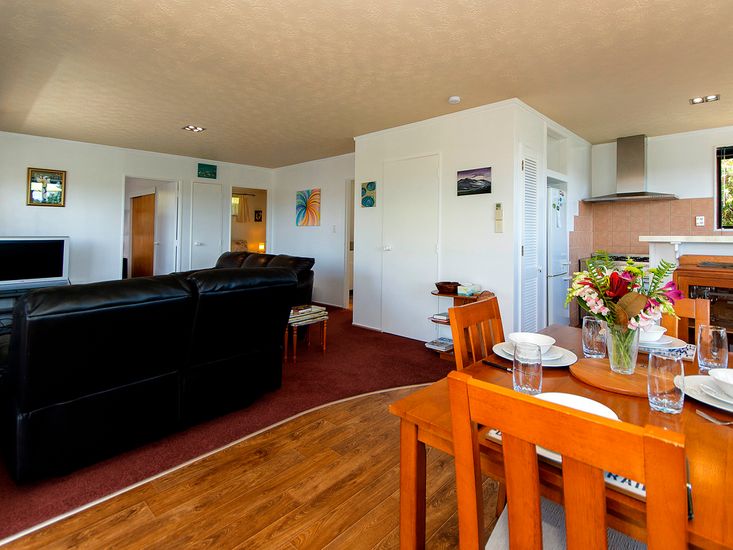 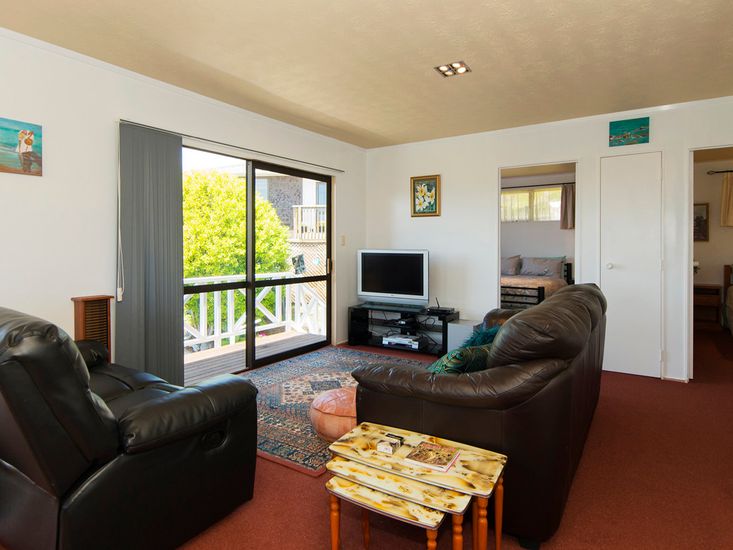 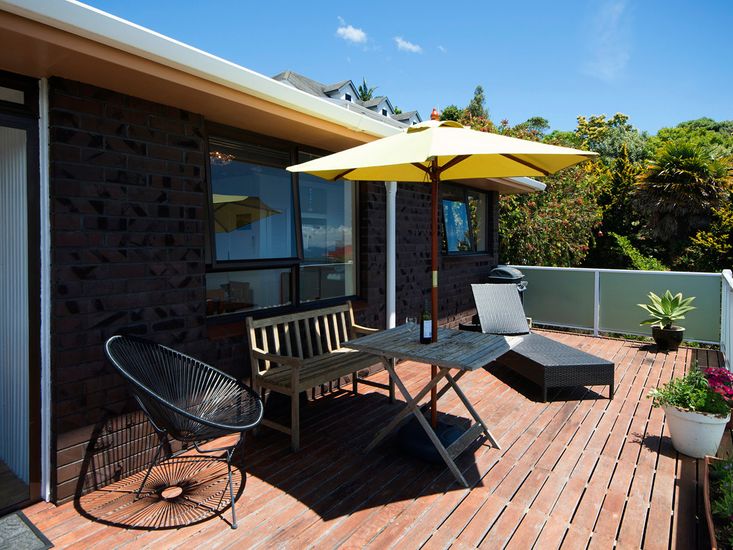 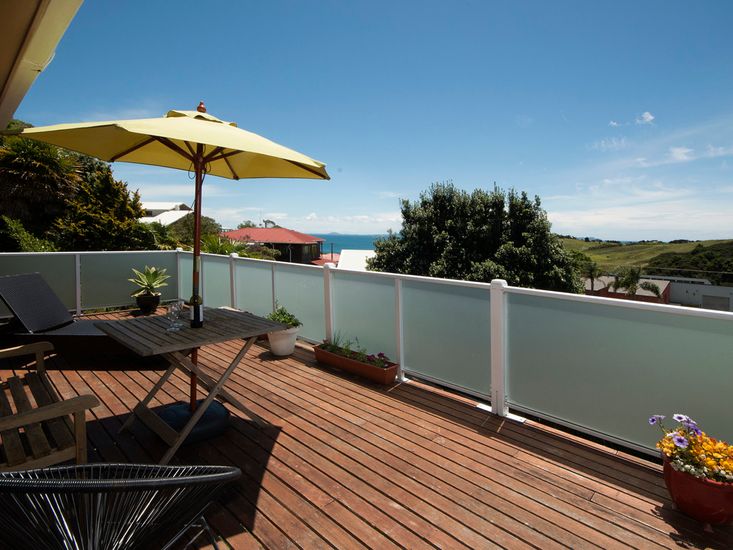 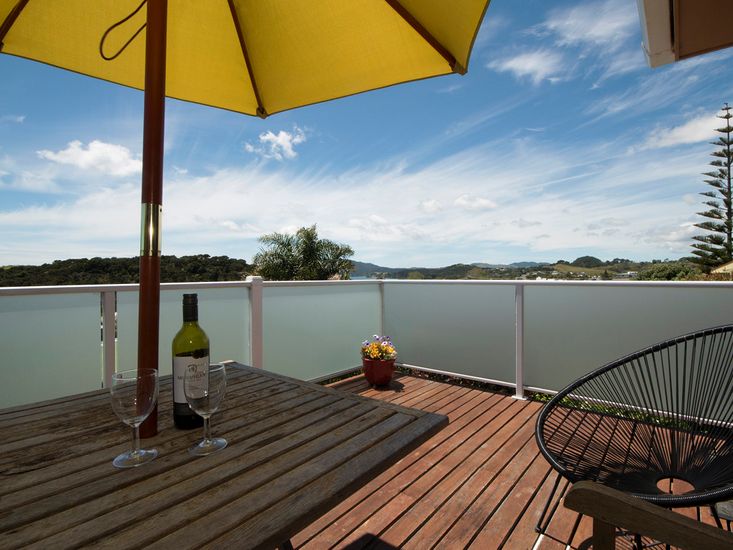 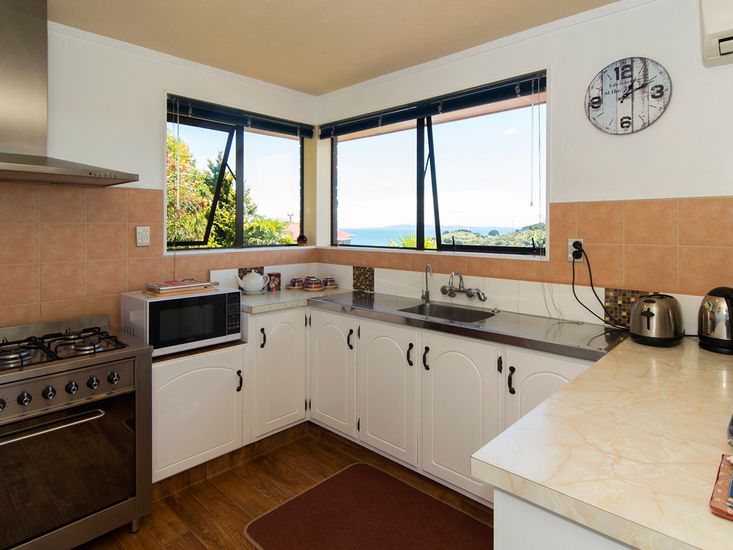 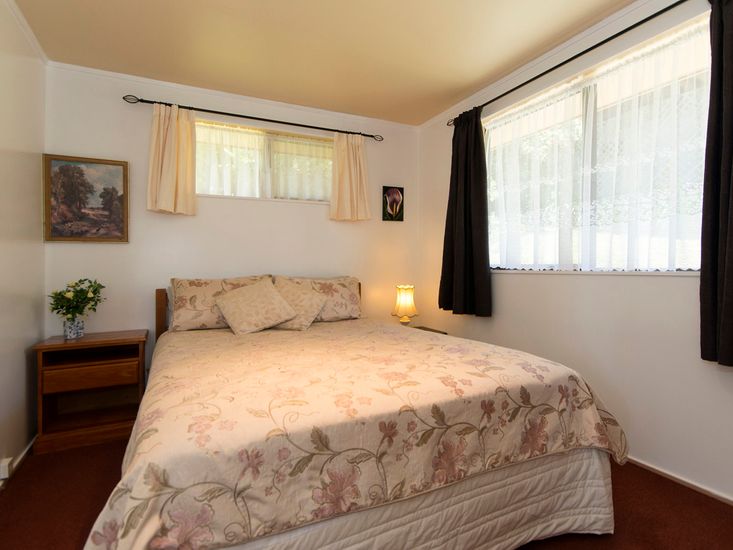 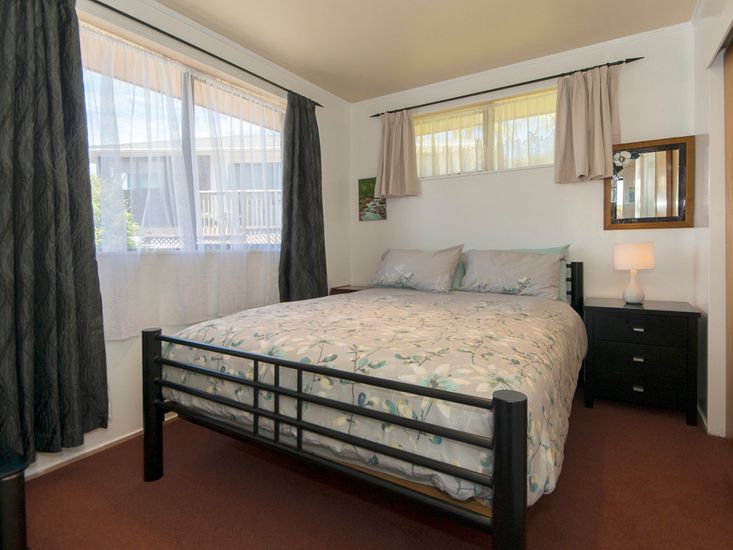 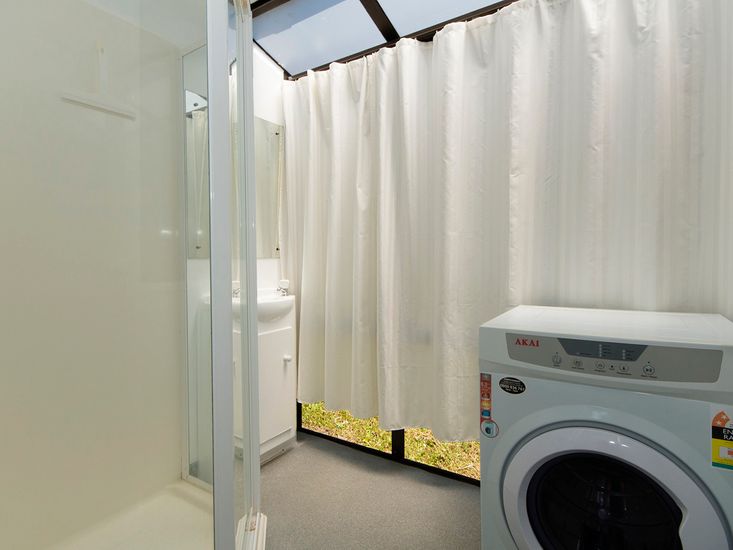 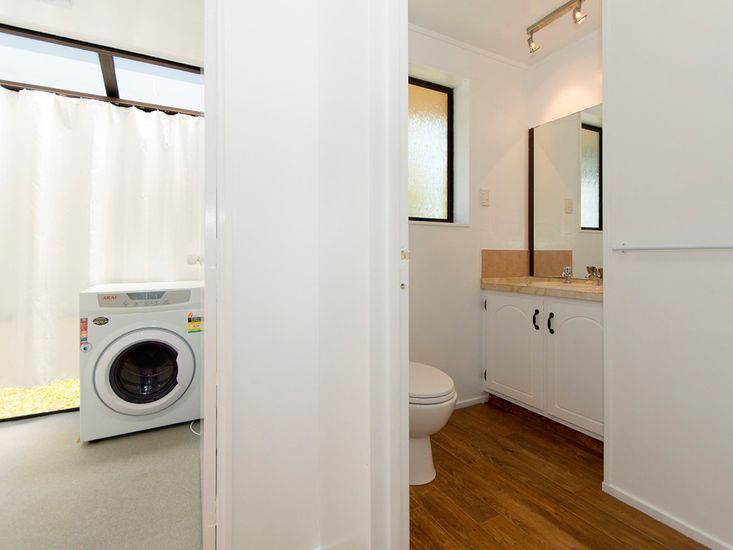 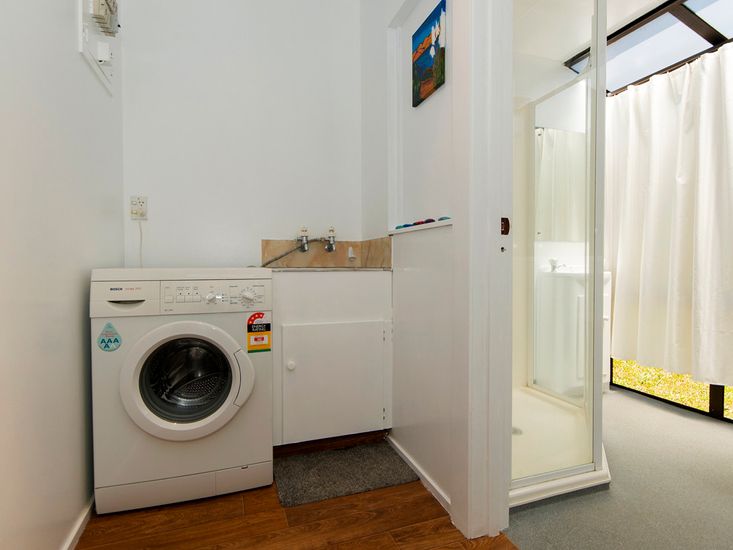 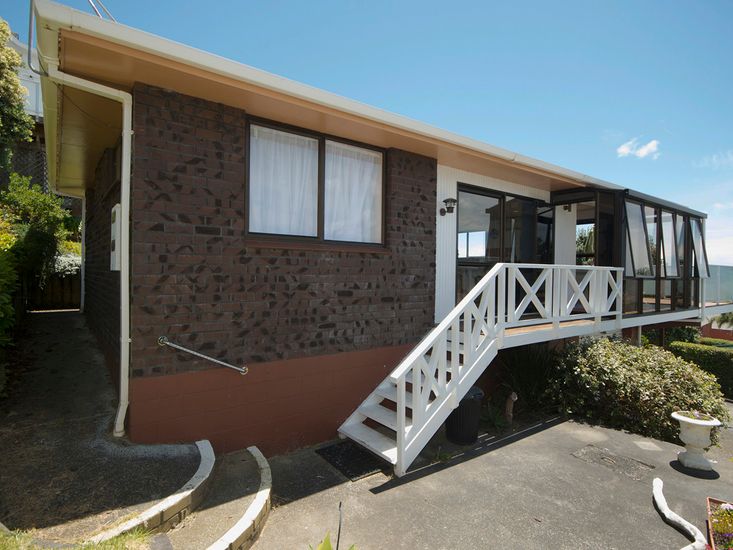 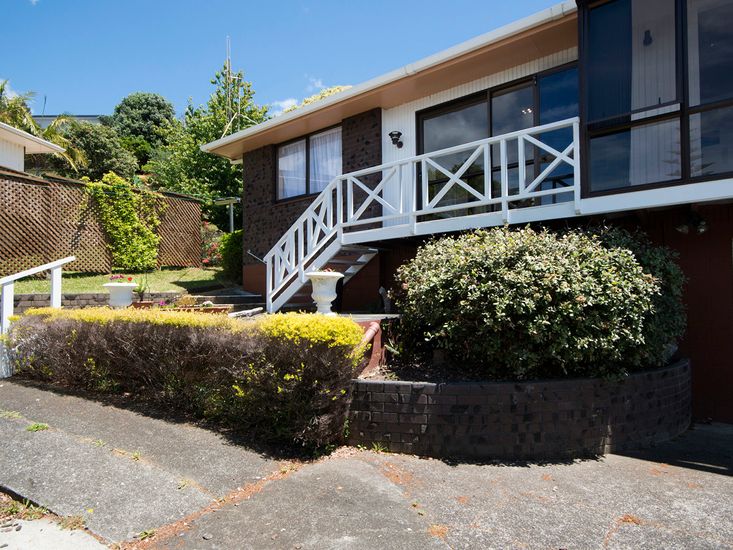 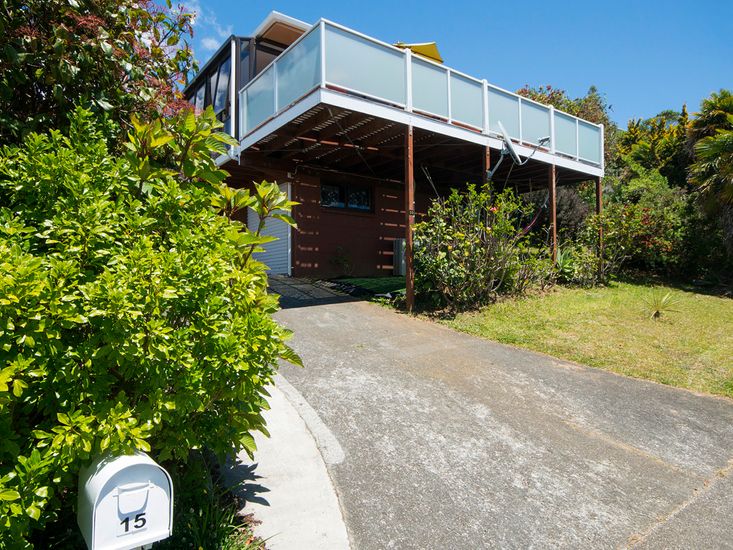 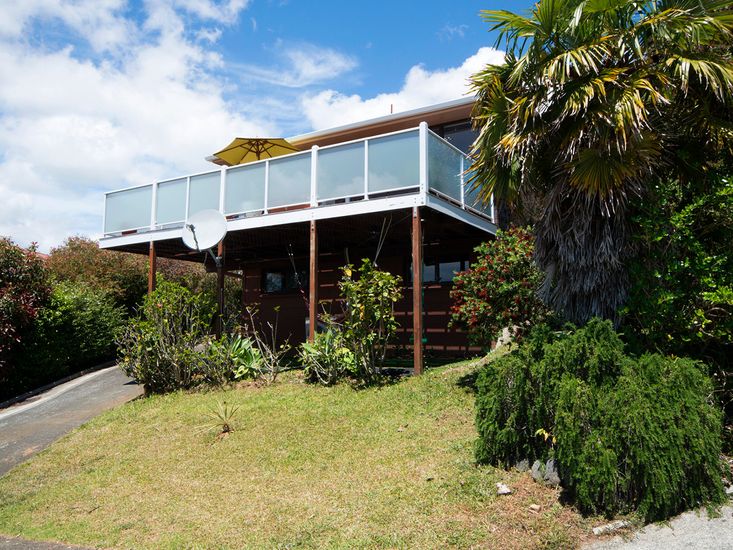