Covid Update: Domestic travel and accommodation are permitted at Red. We’re processing a high volume of enquiries and guests are experiencing delays. Find out more about our covid response here

House Entrance to the Bush Haven

Perfectly positioned in a peaceful bush environment and just a short trip to town, out to the lakes or down the street to the forest - Bush Haven is the perfect home away from home.

This refurbished Bush Haven cottage includes an open plan living space including lounge, dining and kitchen. The outdoor patio area and lush front lawn are ideal for summer stays, while a wood burner provides comfort during the colder months.

Stay onsite and enjoy the peaceful bush setting or take a short stroll down to Lake Rotoiti. Okere Falls Cottage is near all the local attractions and amenities. Go for a bike ride along the lake's edge or jump in the car and head to Rotorua town, just a 25-minute drive, and explore all Rotorua has to offer including the famous Redwood forest.

For a relaxing Lake escape, Bush Haven has you covered!

Available at this property for $25 per person. You’ll see the option for our linen service in the ‘Add-Ons’ section during your booking.

Please note access to Bedroom 2 is via Bedroom 1. There is no closable door between Bedroom 1 and 2.

There are 2 x off street parking spots available.

Firewood is available from May to October. There are other heat sources available during the summer months.

Cute and tidy wee cottage. It’s cosy and has all basic amenities. You would want to be out exploring amd doing day trips as not one to hang out at for too long - but we were hanging with friends so perfect to sleep in and head their way for daily activities. Max 2 adults and 2 children suggested. Quite expensive for the time of year and what we got but we didn’t have much choice. Overall cute and cosy and wouldn’t exceed 3 night stay as small.

We would never return to this damp cage. The pictures and the description are beyond deceiving! This cage is squeezed in between a shared driveway with the residential house located on hill the above it. The driveway is literally 1m from the entrance door to this cage sized cabin. Then there is almost 3m high retaining wall and above it a car parked that belongs to the mentioned residential house and the house itself (this is the view from the bathroom, so you need to keep the blinds down all the time) Behind the cage-cabin there is another residential house, and you see directly to its washing line, windows and unused kayaks through the overgrown light blocking boundary bushes that rest against the cabin windows. then there is the road on the forth side, and the only one and small bedroom window looks straight on to it. After the mentioned driveway there is a commercial sized garage, in front of it large boats (waka) are being towed in and out, this is what you see from the combined living, dining and kitchen space. Right next to the mentioned bedroom window rest the rubbish and recycler bins. The cabin is dark inside and has overwhelming smell of dampness. The dead branches of the bushes have not been touched for a while, green algae are growing on the outside walls (dark green color of the walls cannot camouflage them enough), there is a hole in the outside wall. Since the sun practically only beats down on the roof, without ceiling it gets boiling hot inside. There is no cooling system. It is full of furniture making the small space even more cramped as it is trying to 'be a proper' cottage. The sleeping space has been partitioned to slot in one queen bed and then a child length bed (my son's feet were hanging off the bed and he is close to 170cm). No room to move on the side of the beds. They are both mattress on wheels type beds, and if you try to prop yourself up to read in bed, the bed slides away from the headboard. If you sit on it it does the same. Since we were deceived by the pictures and the price (i.e. how can a place asking this much per night, excluding linen and cleaning be substandard), and the 'paradise description' we booked for five nights, a massive mistake. This so called haven would be more accurately described as a damp, dark, neglected cabin without outdoor space, without privacy on any of the four sides of the property. Somebodies car got parked right below the bedroom window (it was gone a few hours later after we called the batch care manager). You would get more privacy at the cabin on the campground down the road and pay half the price. The complementary bikes they mention in the description were not also there. We feel robbed for our money and disappointed totally. We have never been happier to pack up, leave this place and finish out holiday. I have never ever had to give one star rating and provide this kind of feedback in over 20 years of traveling in New Zealand. If we stayed only one or two nights and paid half the price we paid, I would probably give it two stars. We had to wash all our clothes, even if we had not worn them to get rid off the damp smell in them and air our bags in the sun, once we got home. The positives were, heaters we supplied, the bird song from nearby trees were nice to listen to.

Thank you for your feedback Stana. We are sorry to hear that your stay did not meet your expectations. This is a cosy refurbished cabin good for smaller groups. We do show where the property is situated in the photos and do our best to represent the property and its ammenities on the listing page. We have passed along your feedback to the property owner and will work with our local team to get any garden work done. We have also removed the mention of the bikes on the listing.

Cute little cottage for 3, nicely styled with all amenities. Great for accessing Rotorua and Tauranga

Bush Haven was small but absolutely cozy, clean and had everything we needed for a relaxed lake holiday. Loved walking to the store and local bush walks and very close to the boat ramp to launch our boat. Ample space for boat parking. Would recommend and stay again. Thank you 😊 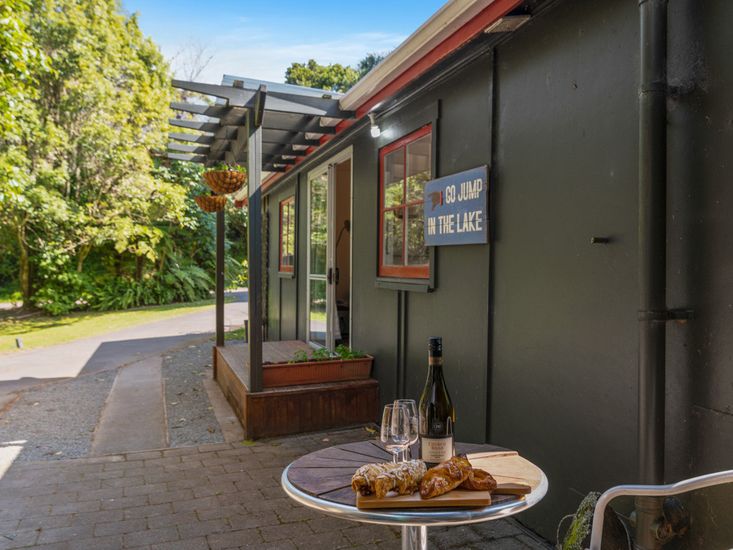 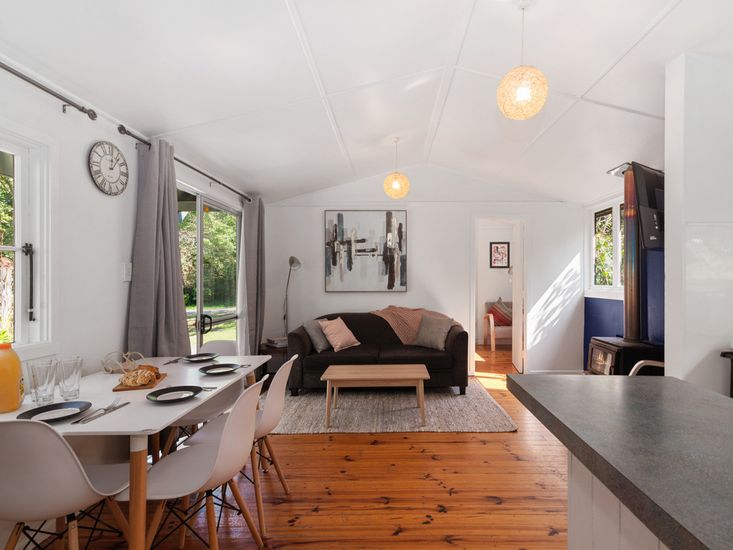 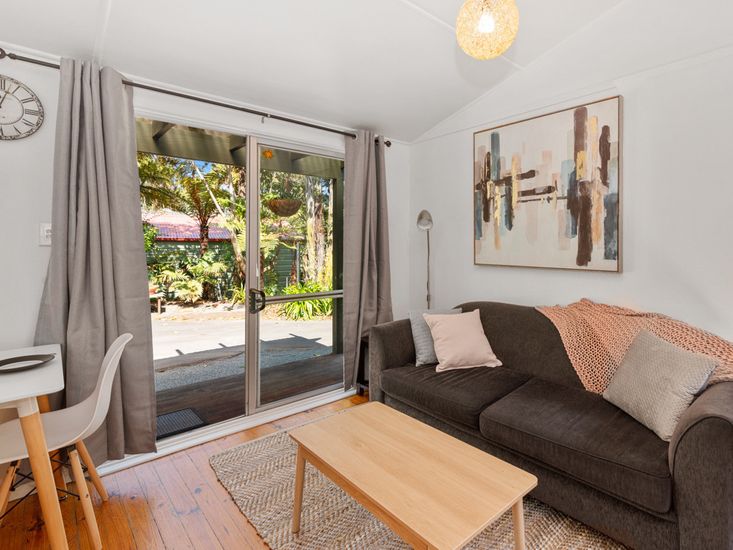 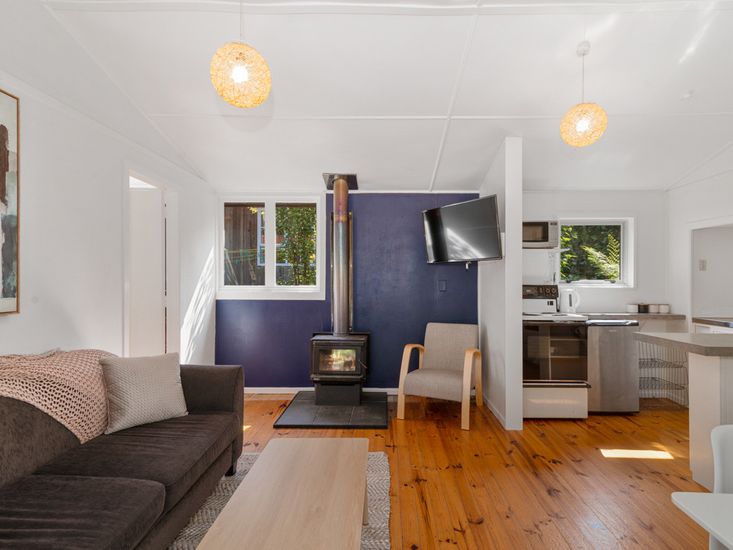 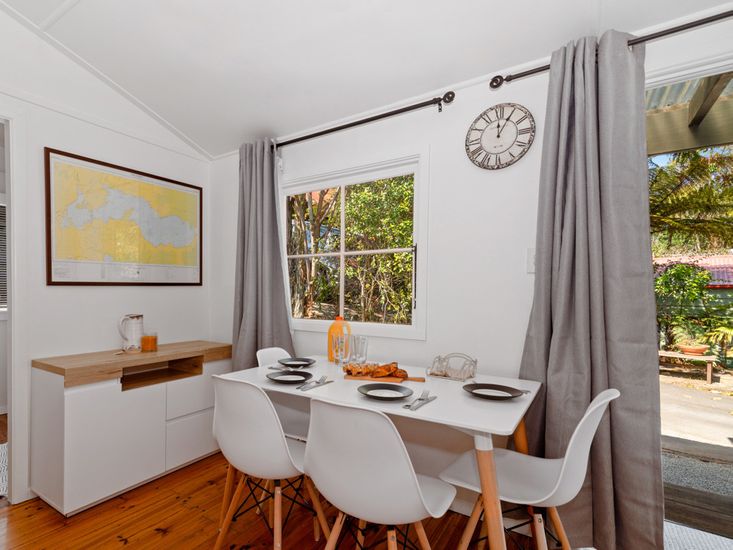 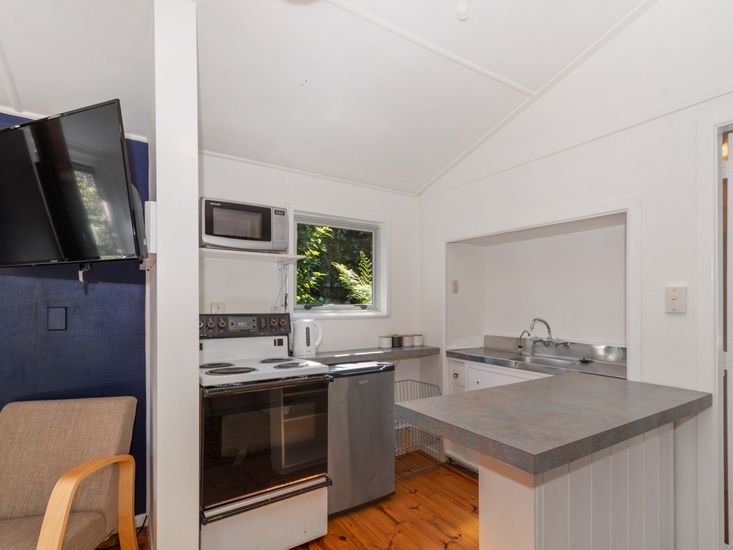 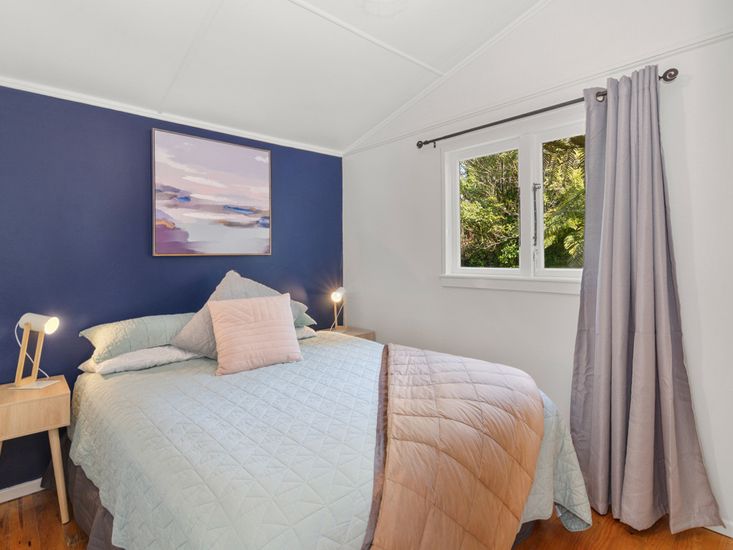 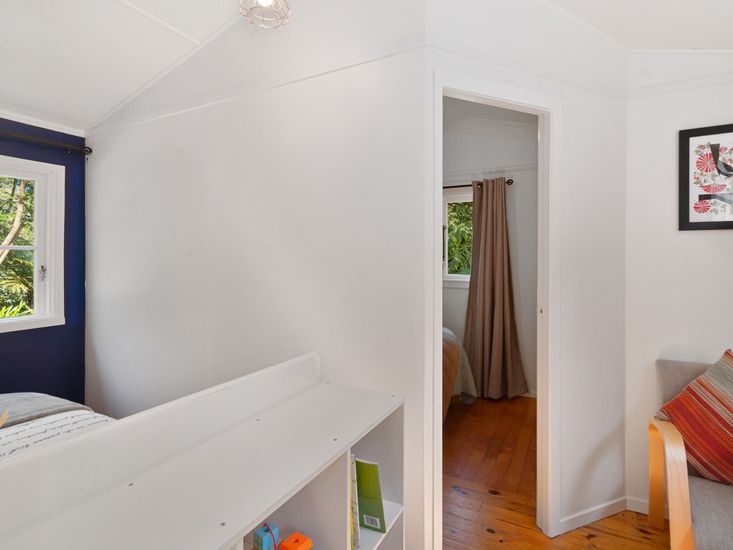 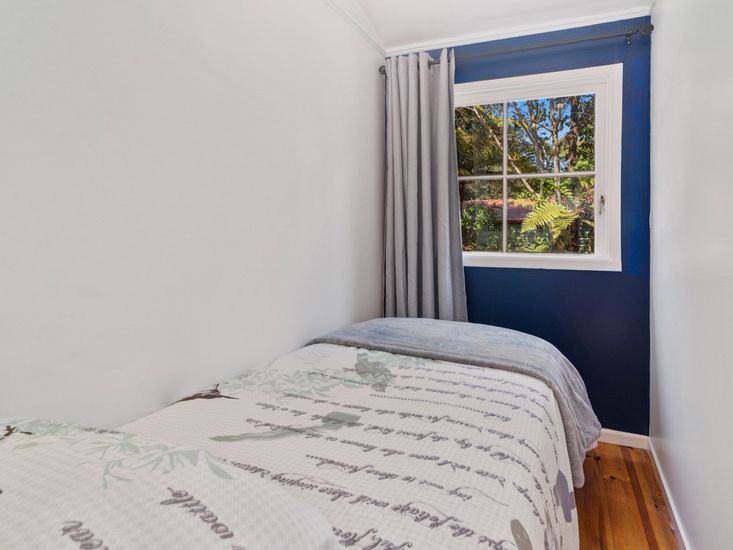 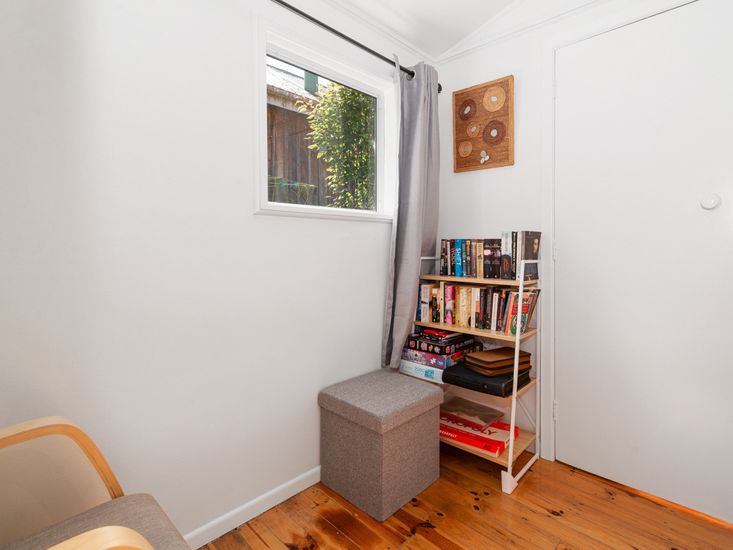 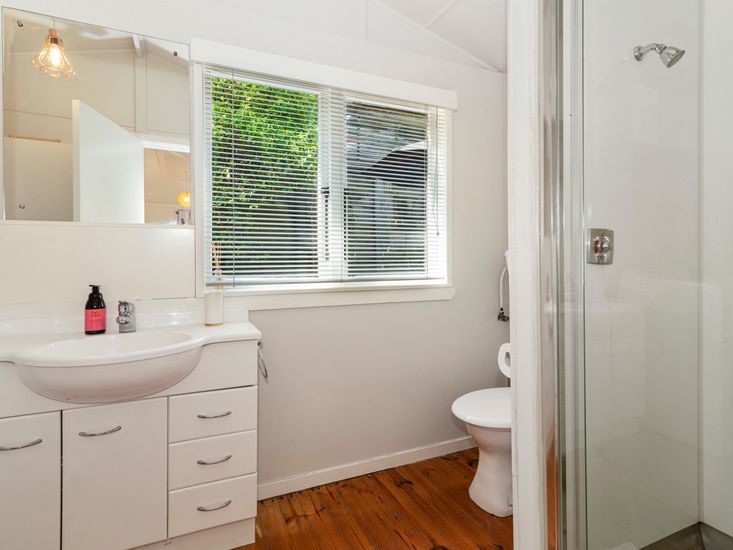 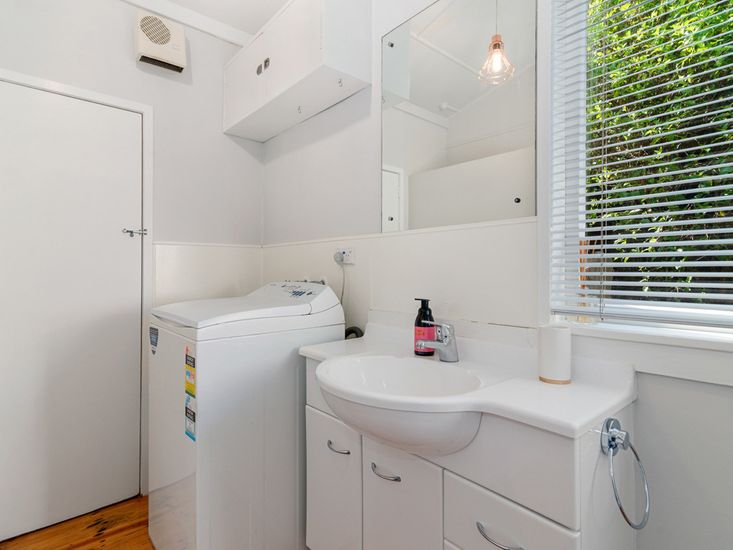 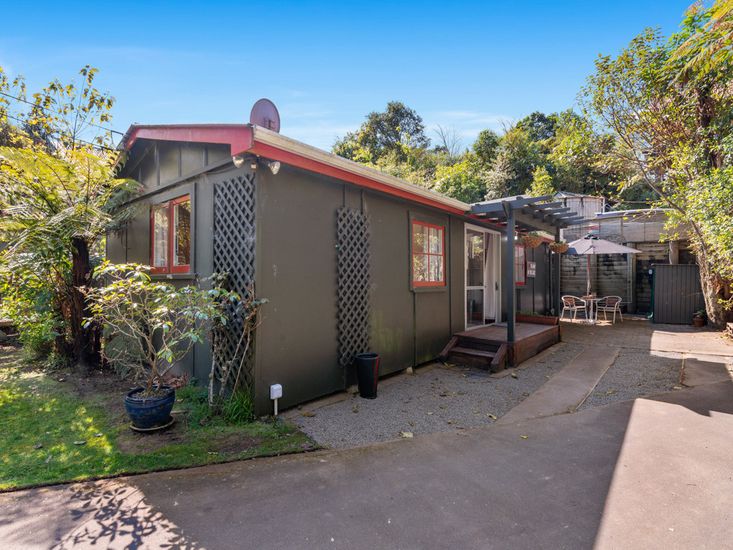 House Entrance to the Bush Haven 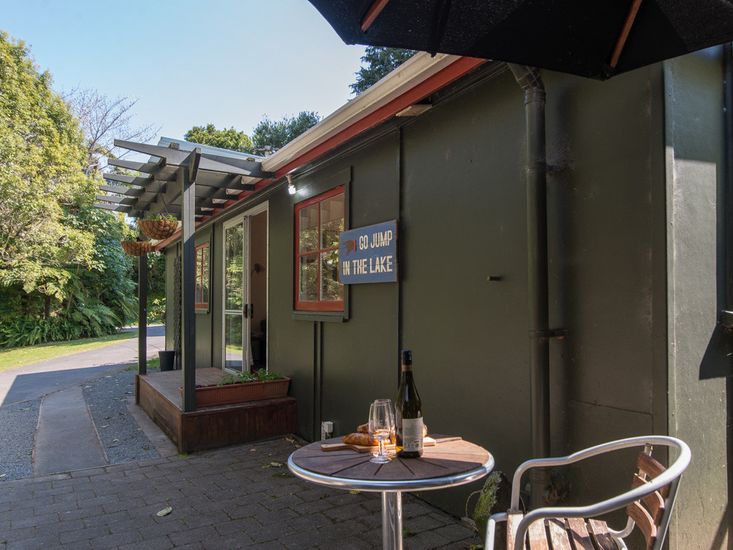 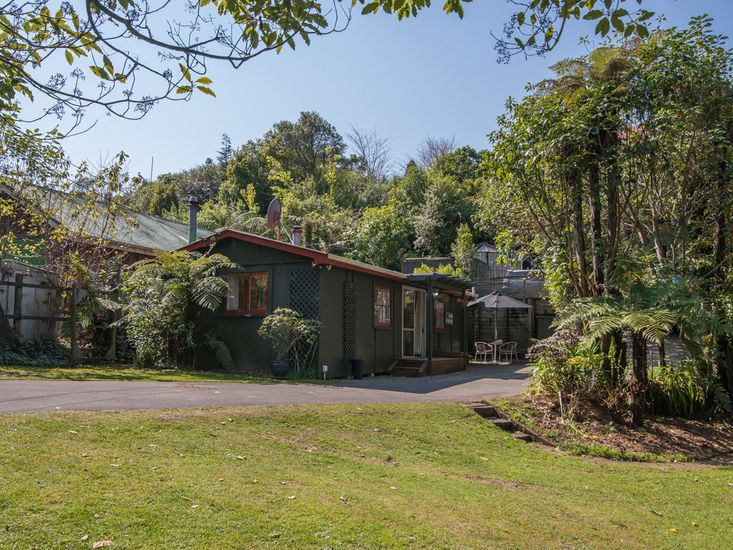 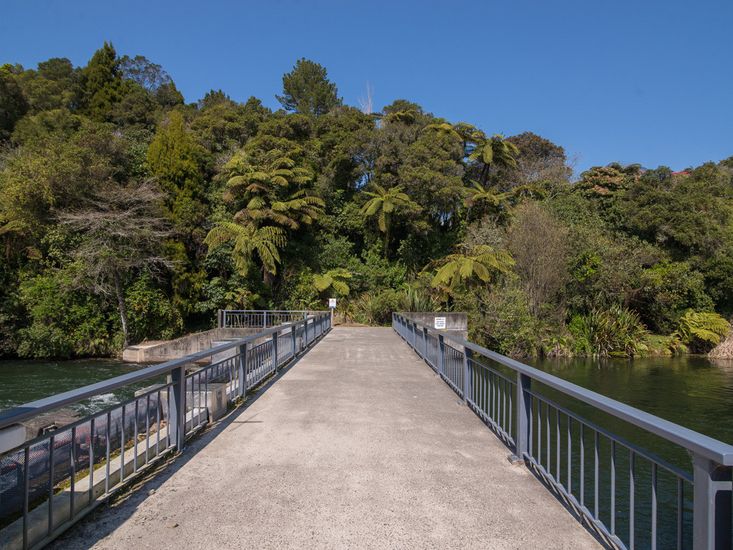 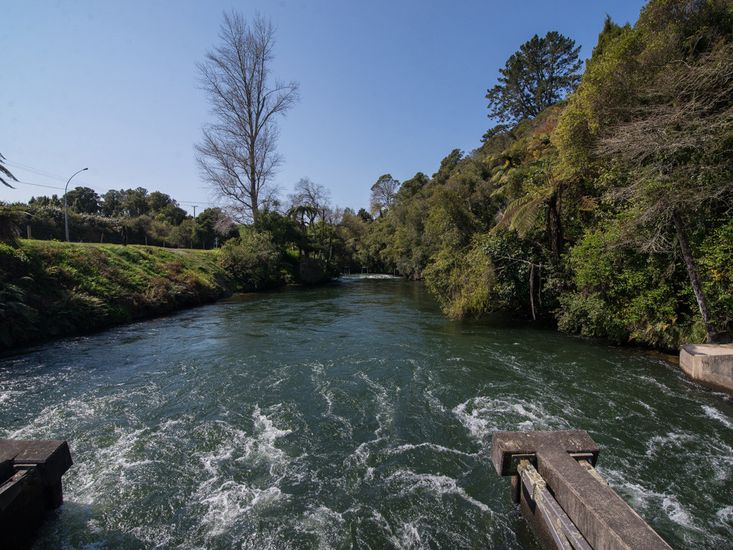 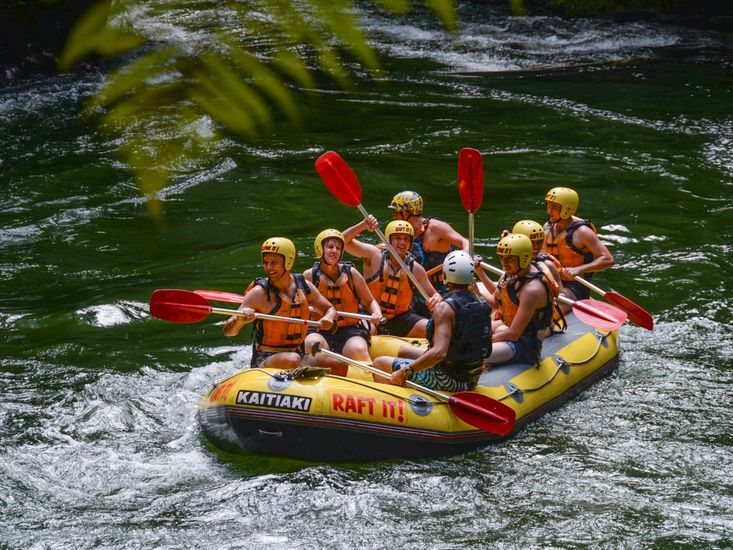 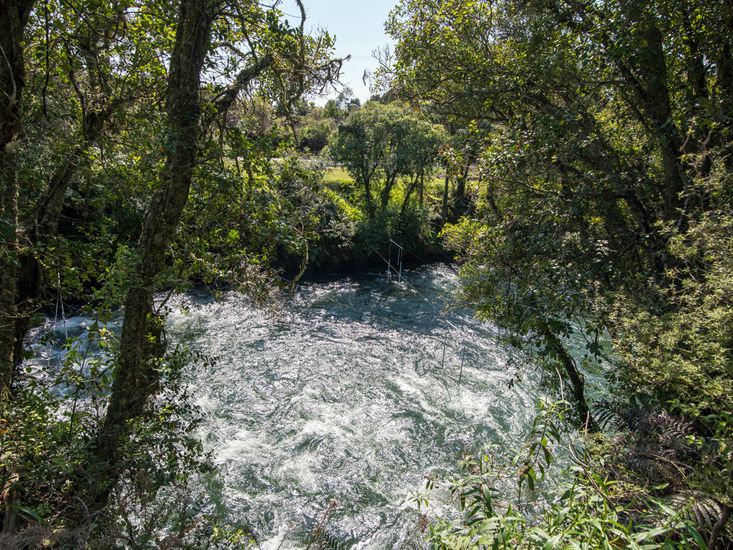 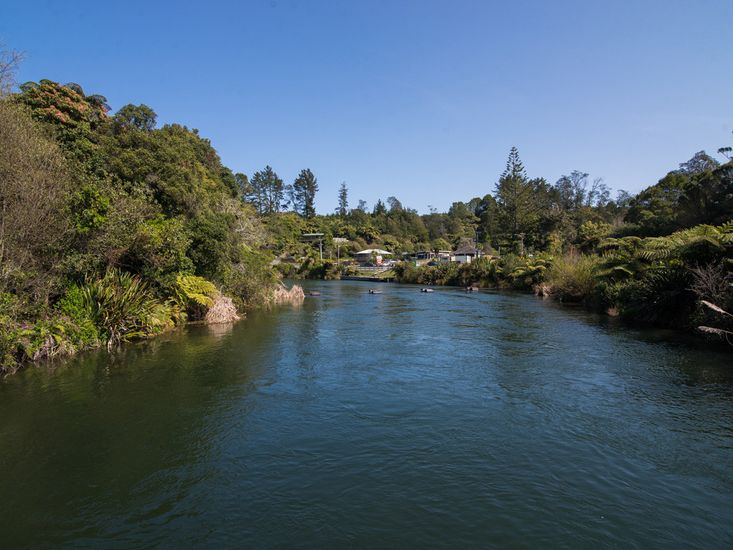