A unique beachfront design, like no other - Welcome to The White Haus.

With the balance of an old school classic kiwi bach and large a modern contemporary extension, The White Haus offers an unforgettable and spacious family escape by the beach.

This top floor unit sleeps up to 8 guests in 3-bedrooms and sits right on the reserve the lines the beach and waterfront, making it the ideal summertime destination for your group or family.

Fire up the BBQ then sit back and enjoy a view out into the bay. On those warm summer evenings dine alfresco on the sundeck with your choice of two outdoor dining areas. So where the sun or the wind is, you'll be ideally setup.

The comfortable and modern kitchen is equipped with everything you might to feel right at home, cooking up some delicious holiday meals.

When you wander back from the beach, you'll be grateful for the outdoor shower - perfect for rinsing off the sand and seawater.

If you need a good flat white to start the day, then being directly opposite the FlatWhite Waihi Beach Cafe won't hurt. Or maybe grab something tasty to add to your picnic down on the beach.

This is the destination to fully enjoy what Waihi Beach has to offer - The White Haus awaits.

August 2021: There is a new house being constructed beside the property, that may result in noise disturbance during normal working hours. The work is expected to last until at least August 2022. Upon completion, there will be a 2 storey house directly in front of the property that will partially obscure the sea view directly in front of the house, but a partial sea view over the public reserve will remain.

As the property has unfenced access to the beach, adults should closely supervise young children while outside to ensure they are safe around water.

There is a self-contained unit underneath this property that is currently tenanted.

Please note that the coffee machine shown on the kitchen photos is currently unavailable due to repairs.

Guest reviews for The White Haus

This property consists of an original bach, plus a newer addition. The newer edition is nice. The older/original part is very tired but that is reflected in the photos. However, the cleaning in the original bach could have been better. There was mould on the bathroom curtains. There was no way to cool the original part of the bach - no fans were provided, no air conditioning. The windows had no security stays on them, so we couldn't leave the windows open at night to try and keep it cooler so our children could sleep. We stayed there for 2 nights and no-one got much sleep. The newer bathroom upstairs has two windows facing the neighbours driveway, and only one (of the windows) had a curtain. if you happen to be using the toilet when the neighbours come home, they can see you. Same goes if you are getting dressed after a shower. The description of this property mentions that another dwelling is being built "across the road", and when its finished it will be directly in front of the existing bach. This statement is contradictory in itself, because there isn't actually a road between the two buildings. And secondly, how can a building start "across the road" and then be right next to the dwelling when its finished? Unless you are building a house over the top of road? Didn't know that was legal. Our group does have to take some responsibility, as we clearly did not read the property description properly. We focussed more on the photos - lesson learned. However, what the description (and the photos) do not convey is that most of the view from the balcony of the newer edition (as shown in the now incorrect and outdated photos) has been blocked by a new house built immediately in front of the bach - there is probably only a gap of 100mm between the two buildings. The lovely view from the deck is really only a partial view, and the impending building directly in front of the balcony does not invite you to sit out on the deck. In fact, its quite imposing and blocks out more than half of the view, and probably about the same amount of light. Overall, I would not recommend this property. If Bachcare and/or the owners had put updated photos online, so that it was very clear what you are getting when you rent this property, I could have forgiven most other things I've mentioned. However, dishonesty is not ok in my book, and our whole group (consisting of 4 adults & 4 children) felt cheated, as the deck and the stunning (but now mostly non-existent) view was the main reason we booked the property in the first place. Shame on you Bachcare and the owners for not having the honesty and integrity to update the photos and make sure that renters know exactly what they are getting. A big thumbs down from our group.

Thank you for your feedback, Elizabeth. We are sorry to learn that your stay was not as you had anticipated and we will follow up with the issues you have raised. In the meantime, we are glad that we were able to get in contact with you directly to find a solution.

A good heatpump and double glazing kept our family warm during our stay in July. The kitchen is fantastic with everything you can think of including all appliances even a temperature controlled drinks fridge. The sea views compliment the location and is of coarse the best you could ever hope for, the price is alot less than you would expect. Take a couple quilts for the bedrooms in the older drop down section during the winter period. We would recommend to friends and stay again.

The new upper part of the house is light and bright with an excellent view. Great kitchen with great facilities

Location and comfort cannot be better. Plenty of space for our multi- generation stay. Especially loved the outdoor spaces. We did miss wifi, and found the linen charges on top of the stay costs a bit much. Would love to return.

The location was just perfect in every way. Well appointed with everything you could want at your finger tips.

Loved that this property was right on the beach and right across from the cafe for our daily coffee fix. It was also only a shortish walk to the main shops. Despite the slightly busy location it was quiet in the new upstairs part of the house (guessing it was double-glazed?) which was lovely and comfortable. The upstairs bed was comfy - another bonus because lots of beds in other places we’ve stayed have been too hard. The downside was no wifi for relaxing in the evenings and the downstairs shower decided to go on the fritz during our stay. Not really a problem with only 4 of us staying there, but would have been awkward if it had been a full house and we had had to all pile into the other onsuite-style bathroom. Overall, we enjoyed our stay and came home very relaxed. 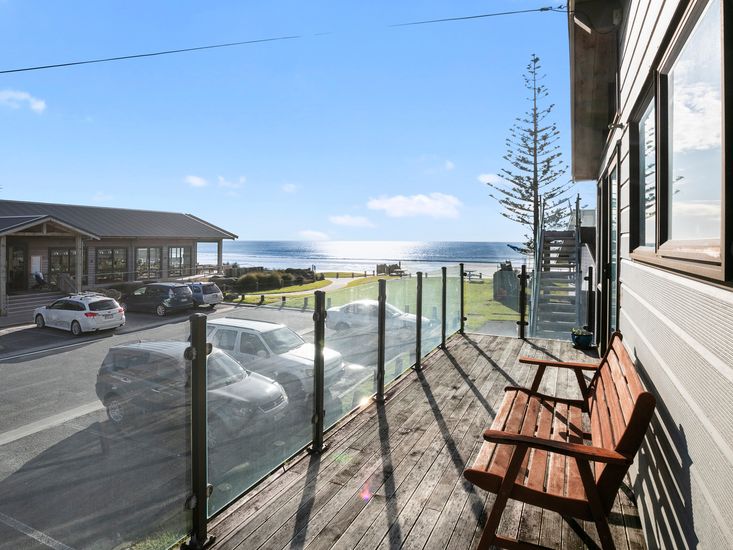 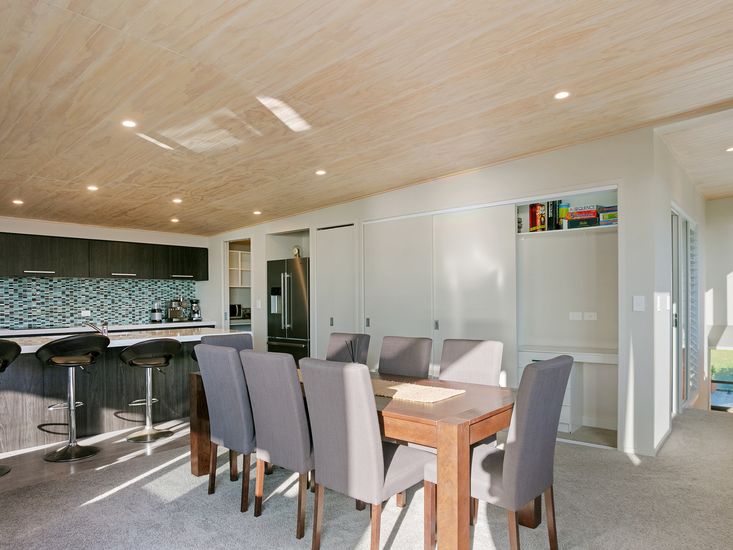 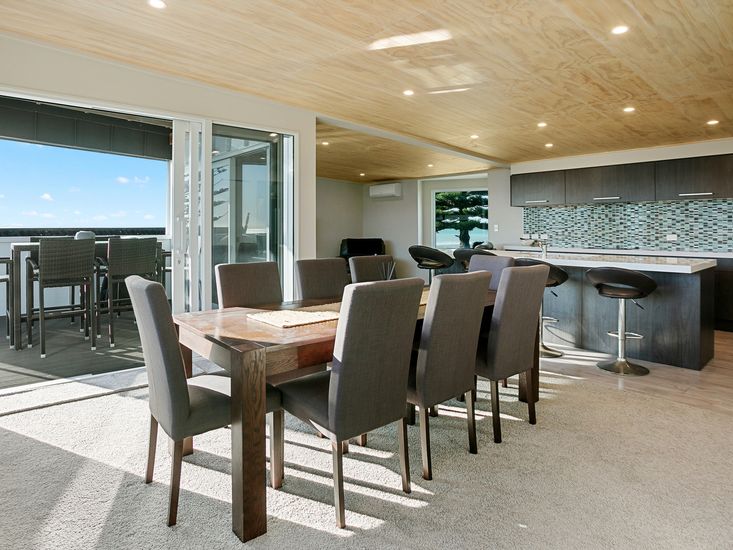 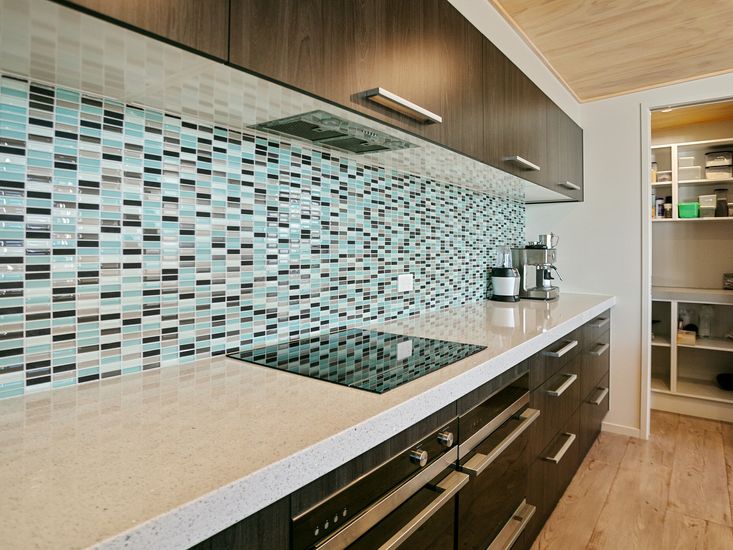 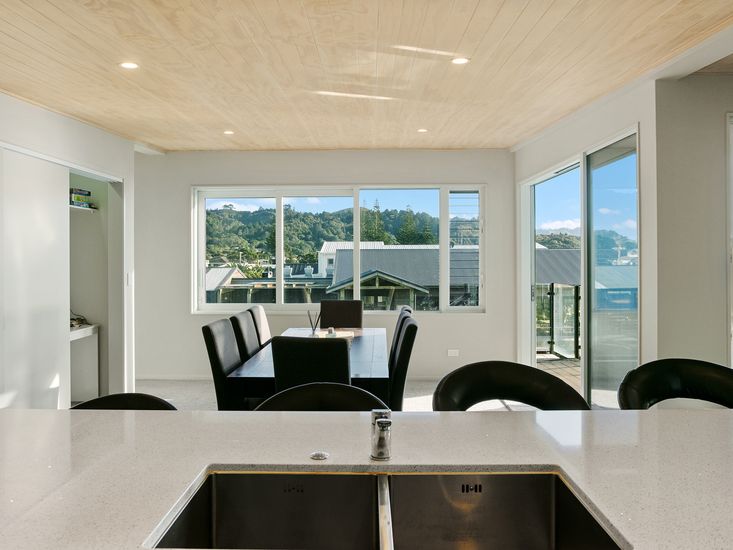 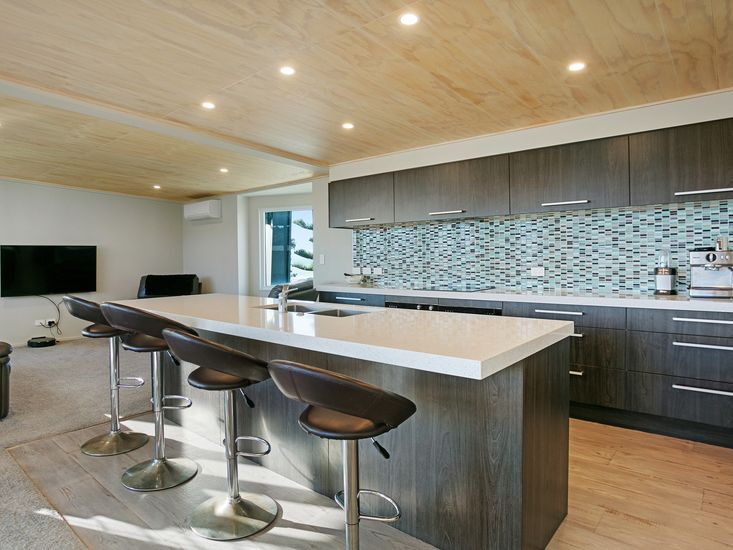 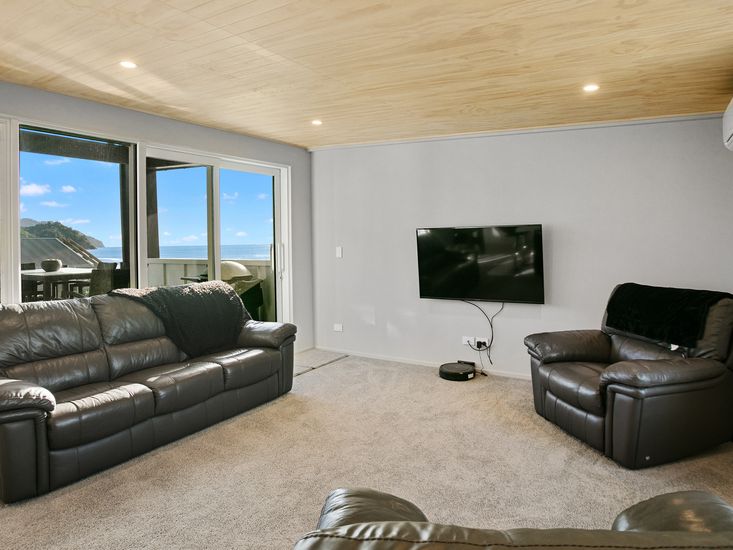 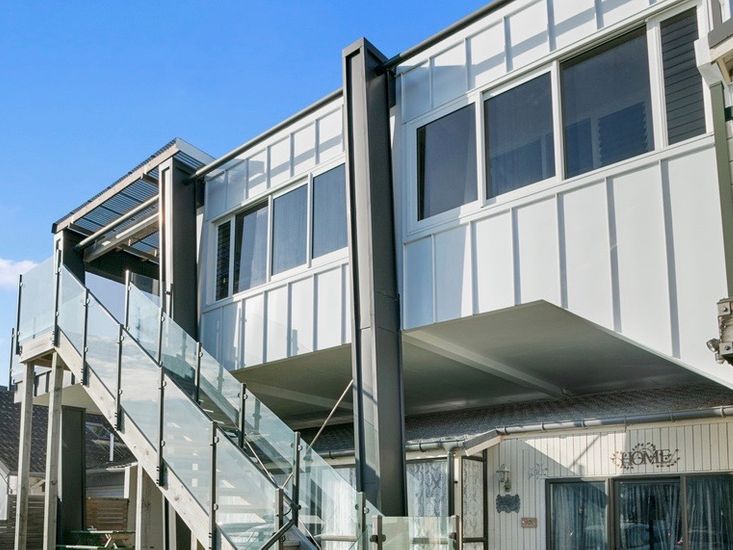 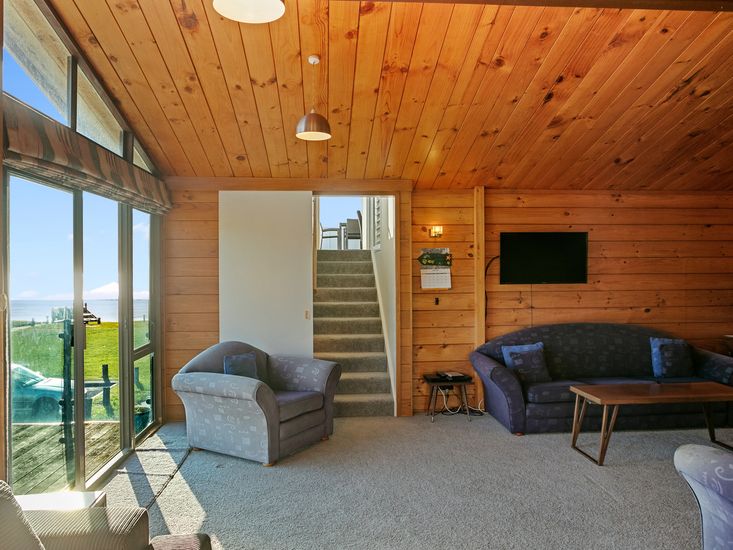 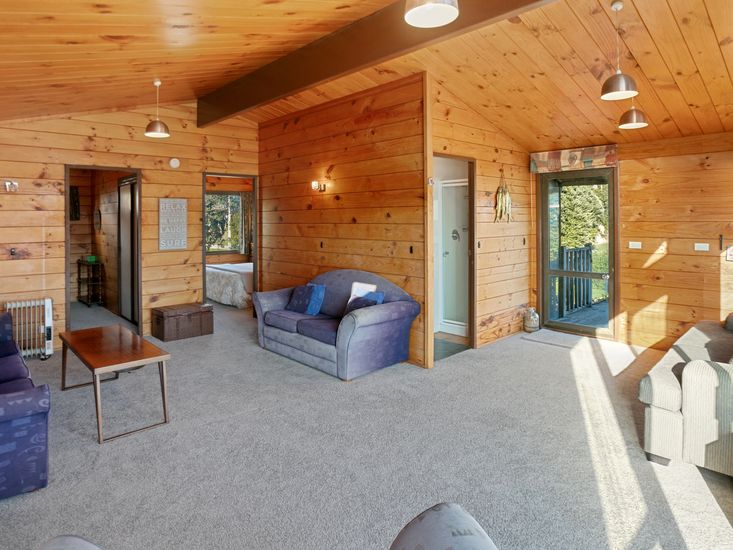 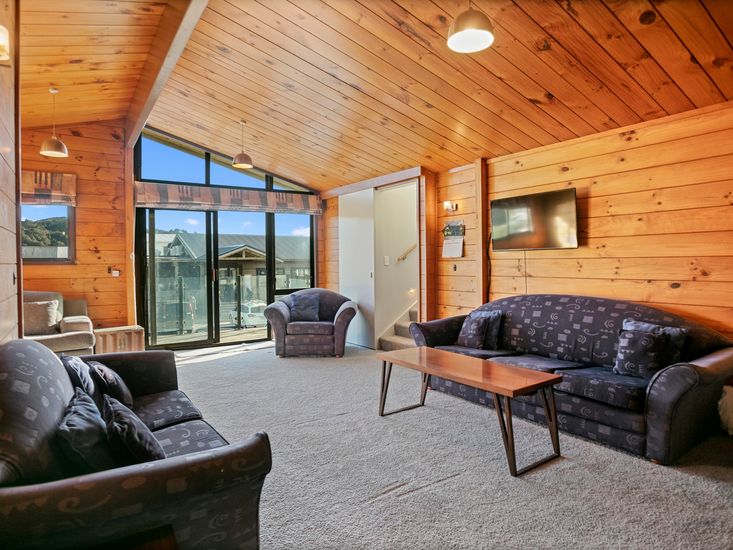 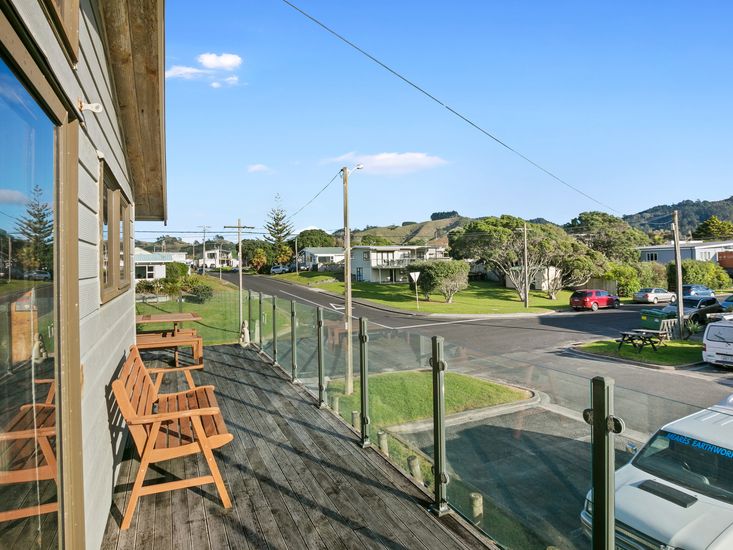 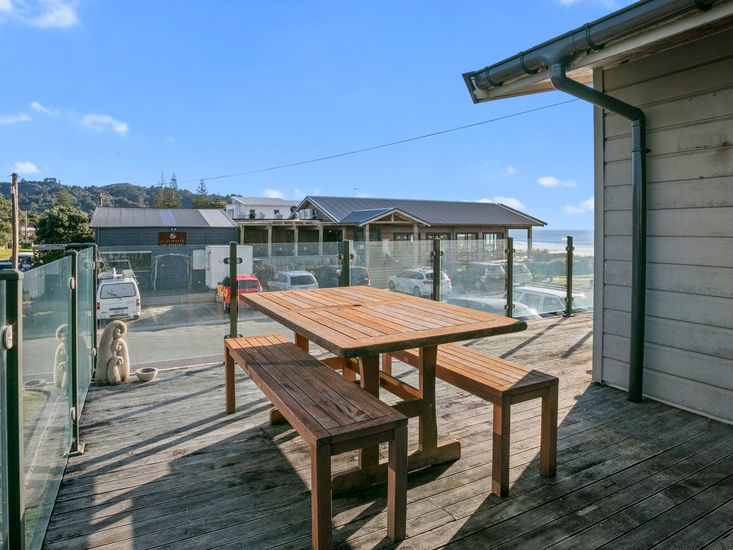 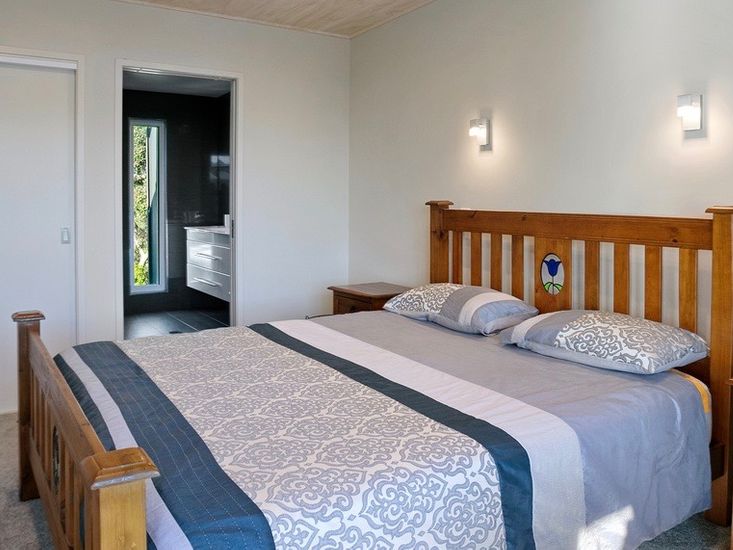 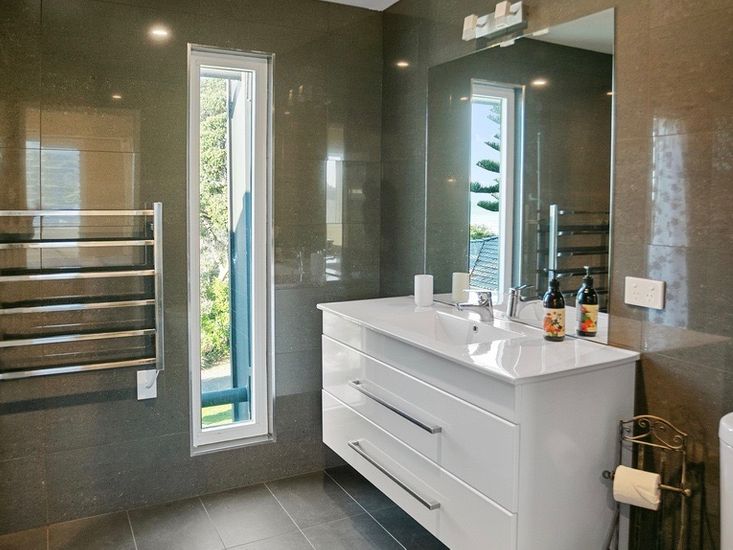 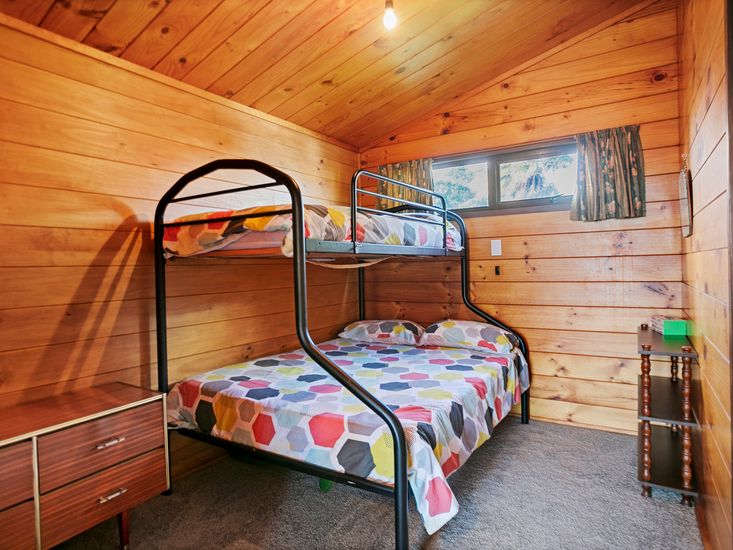 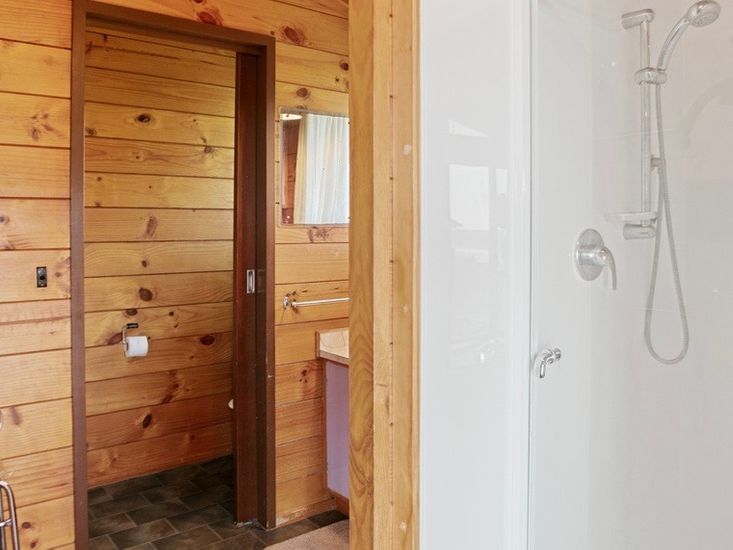 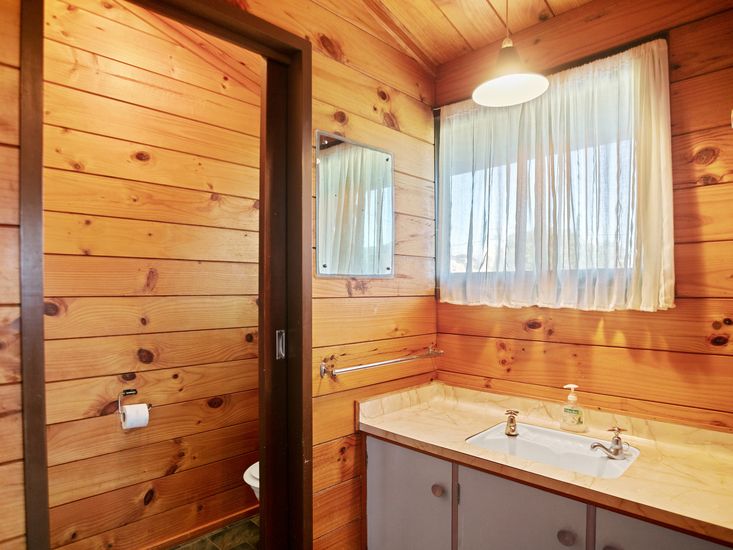 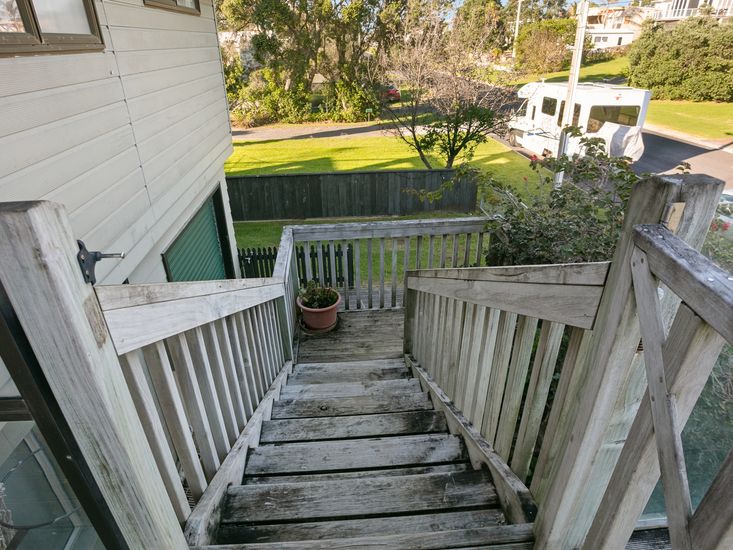 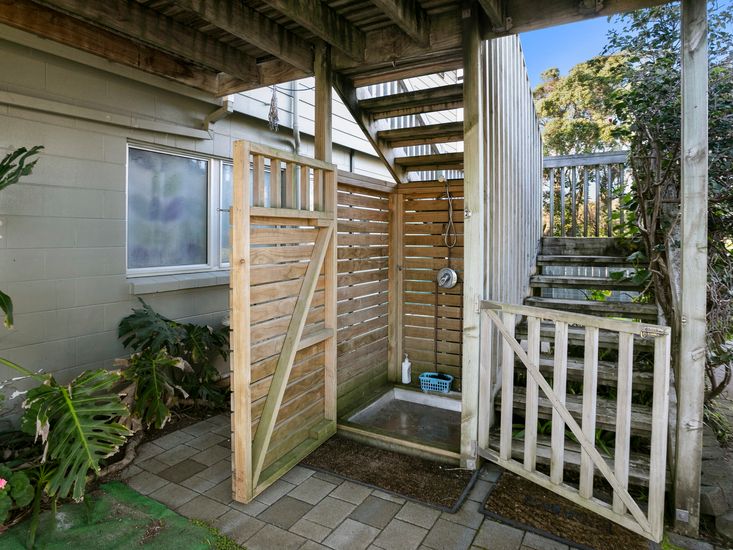 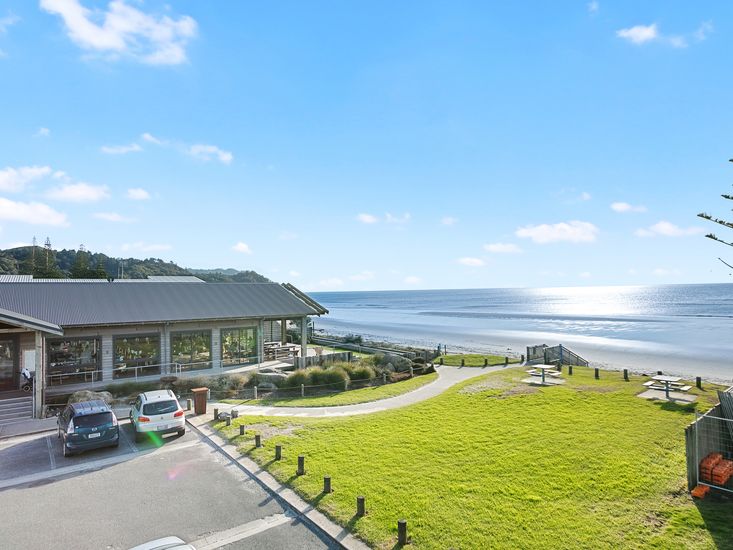 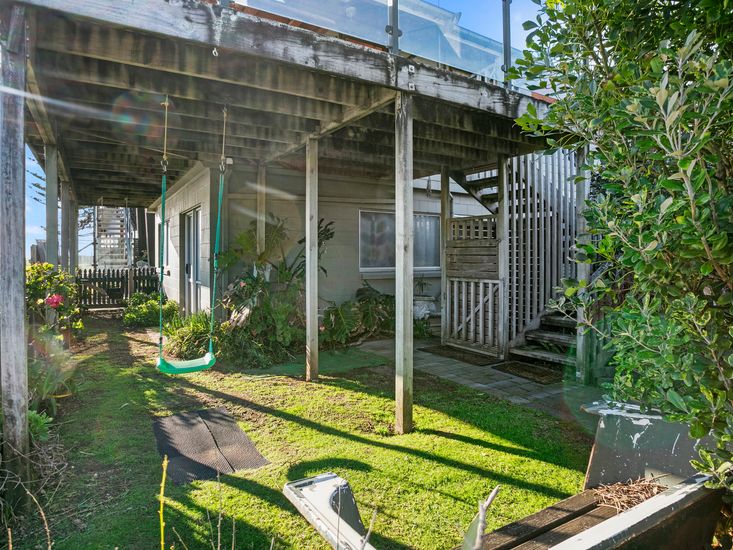 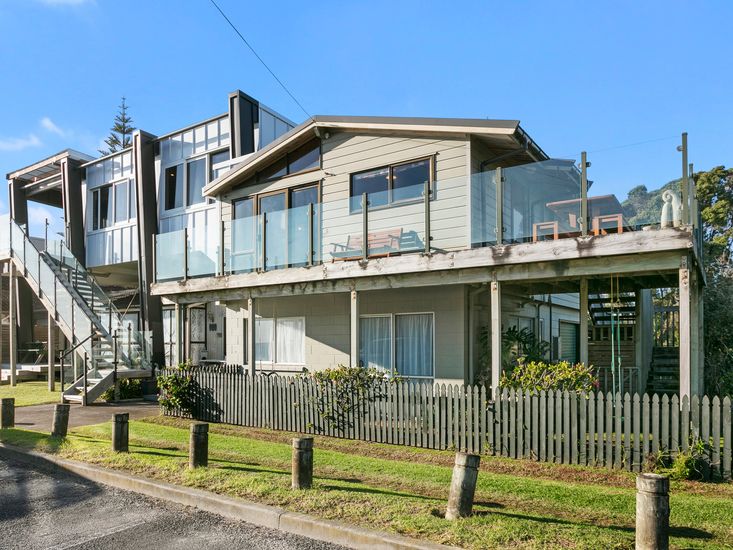 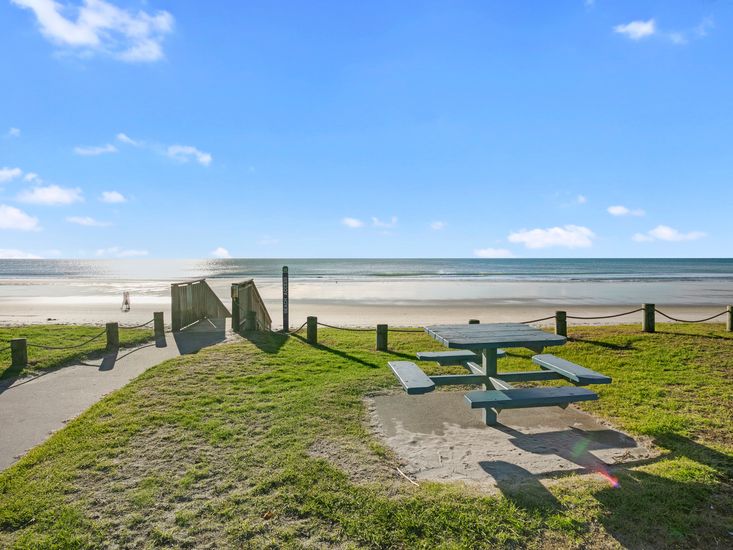