Unwind Here After a Day in the Sun

Beautiful Spot in the Sun!

Glimpse of the Sea

Enjoying ocean views of Motiti and Mayor Islands from the front deck, Sparkling Ocean Views is a gem of a find in sunny Papamoa.

Kick back and relax into holiday mode at this modern three-bedroom holiday home, spread across two levels and enjoying sunshine all day.

Sparkling Ocean Views is only a five-minute walk to Papamoa Surf Club and the white sands of beautiful Papamoa Beach, renowned for great swimming and surfing.

After a day in the sun, a BBQ dinner on the deck with a glass of wine in hand, watching the sun set over the waves, is the perfect end to the day.

You'll love being a five-minute walk from the children's playground, and only ten minutes walk from Papamoa Plaza shopping complex, where you'll find eateries, a supermarket, Mitre10, library and gym!

Stunning Mount Maunganui is only a ten minute drive also, make sure you head over to do the famous summit walk!

For a sunny Papamoa home base in an excellent location, Sparkling Ocean Views awaits!

Please note: the heat pump and towel rail is only to be turned on during winter months - not during summer months for aircon.

Overall our stay at the Bach was good, however we felt that our privacy was breached when it was evident someone had visited the premises while we were gone. We had asked for the wifi password on the first day to which I was told we would hear back from them soon. we didn't hear back about the wifi at all and on the last night of our stay a wifi router was placed in the lounge while we were gone. it would have been nice to know that someone was coming around and also to be informed that up until then there was no wifi (we feel it was placed there without our knowledge to avoid a poor review or further complaints) for some people this wouldn't be an issue but the lack of wifi is false advertising as it was clearly stated on the website as one of the available amenities. When we returned home from dinner we found washing powder on the washing machine and it was evident the toilet had been used since we had left. we felt uncomfortable and unsafe because we didn't know who had visited and the last night before our long drive home we did not sleep well due to feeling unsafe and unsettled. On a more positive note we did enjoy our stay and the Bach was clean and tidy, there was more than enough kitchen items and the beds were nice and comfortable. thanks :)

We had a great time here for our family holiday. Lovely clean and spacious home. Very comfortable beds and furniture. Short walk to the beach. Beautiful views. Needed a dryer or heated clothes airer on rainy days, but apart from that, this bach was perfectly suited to our needs. Recommended.

Location was good and the view was great. The kitchen was well-stocked with things you need to feed a family over the holidays. But the furniture and beds were very uncomfortable and really needed the air conditioning to be working.

A tidy property that is close to the beach. Furniture and facilities are basic and could do with an upgrade (particularly the washing machine)

Beautiful, tidy spot across the road from a amazing beach!

Amazing place. Was perfect. Walking distance to local cafes and beach. Very much enjoyed our stay. Would definitely stay again 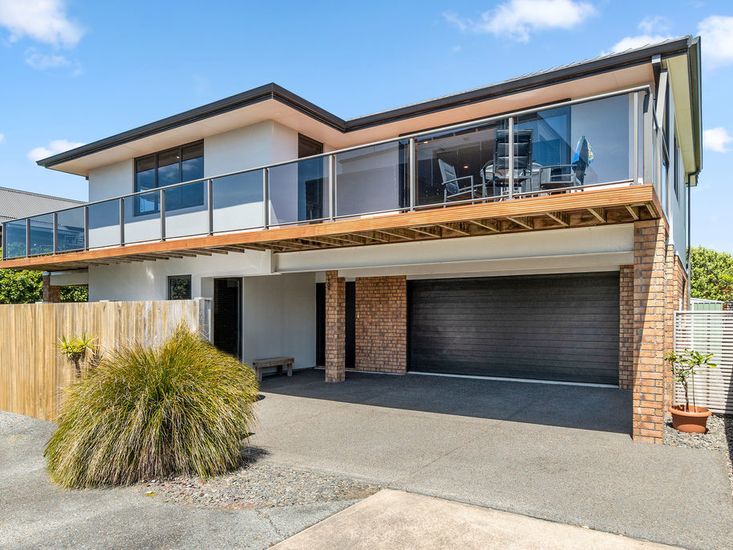 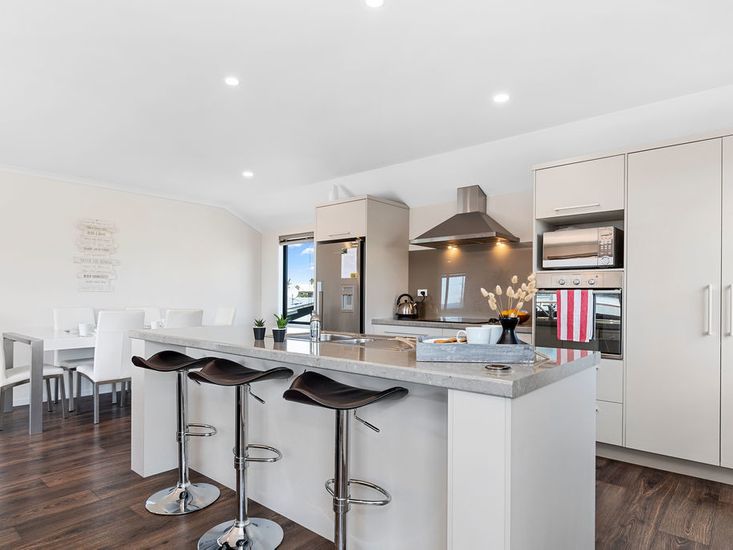 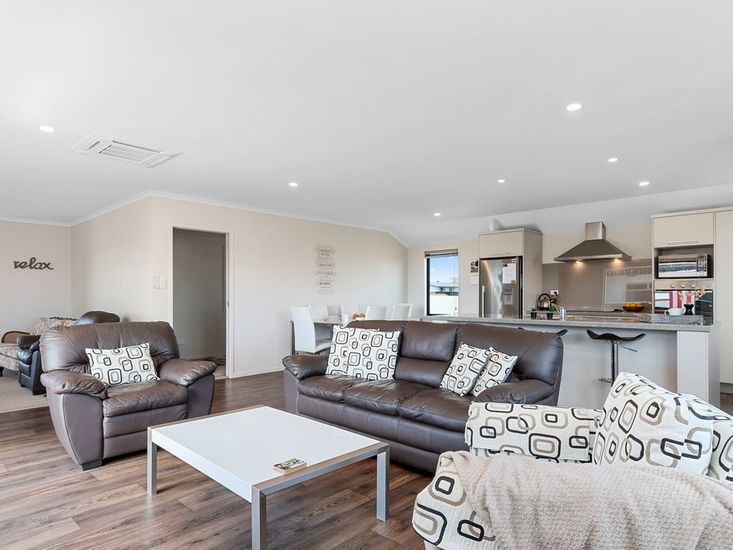 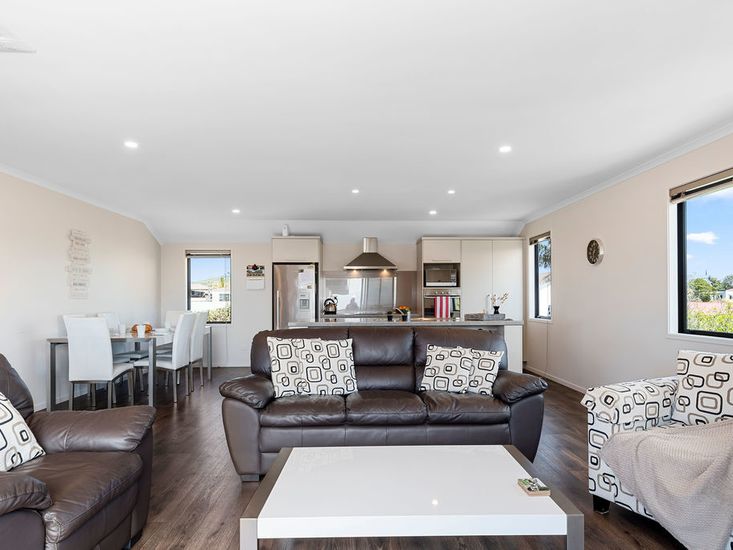 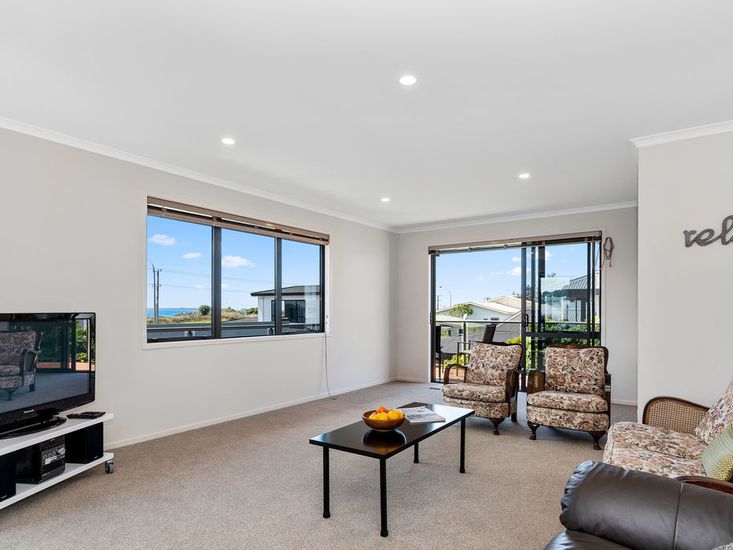 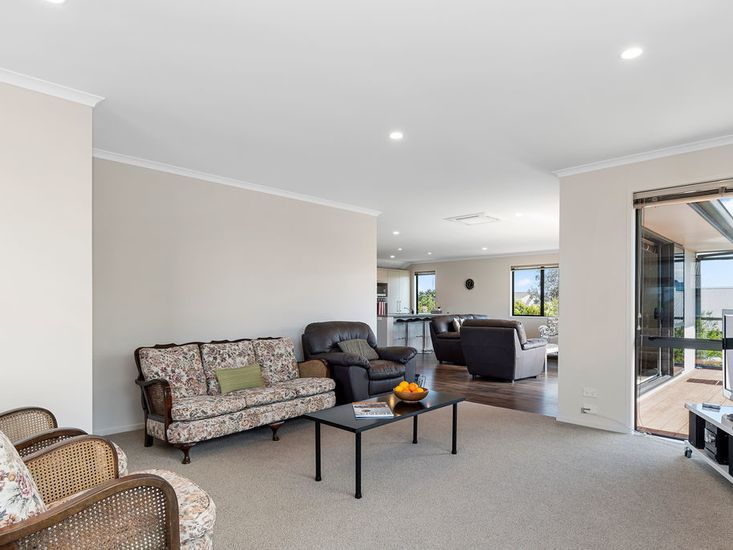 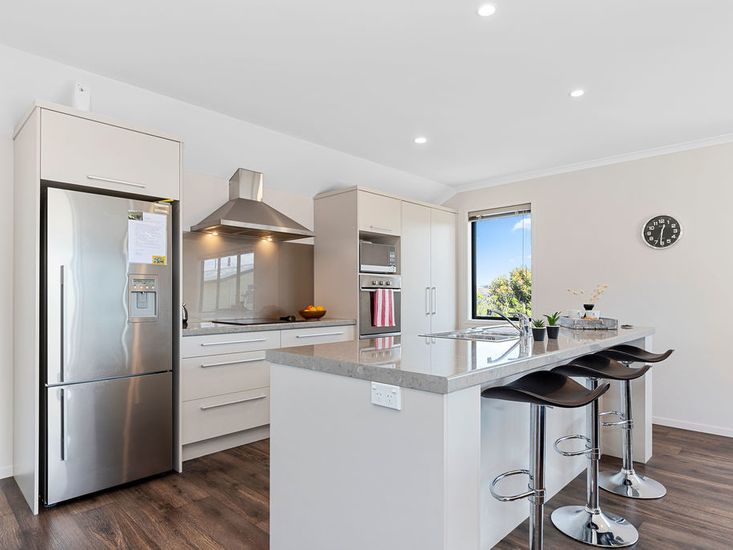 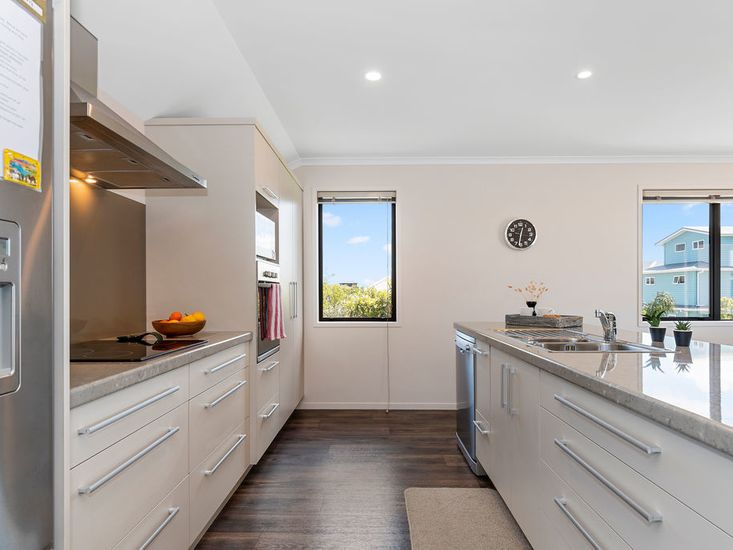 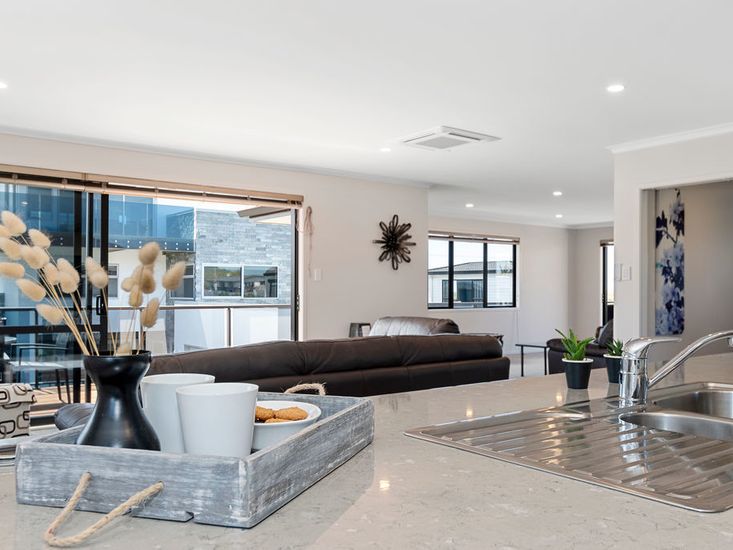 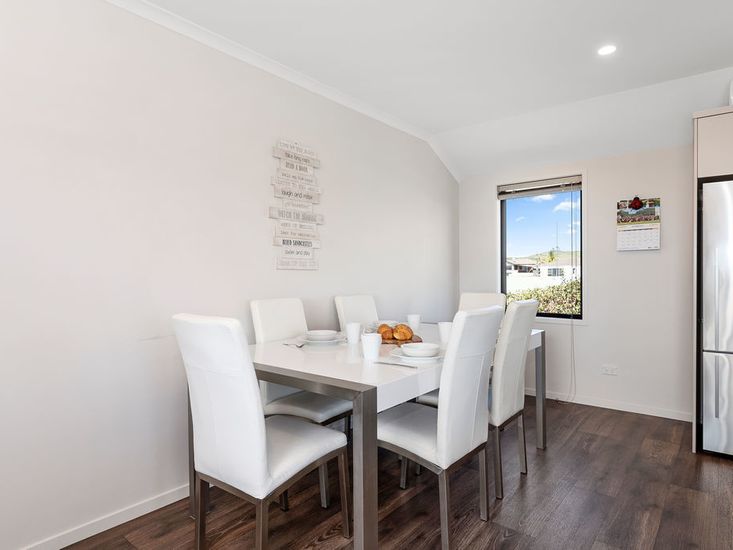 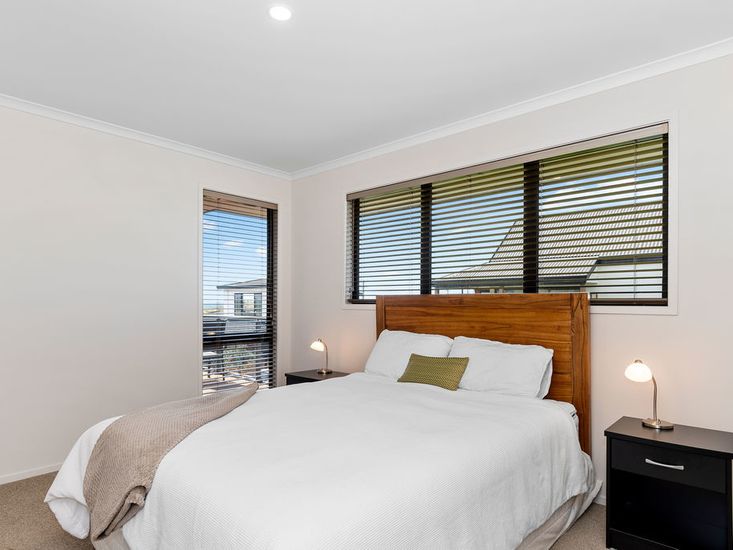 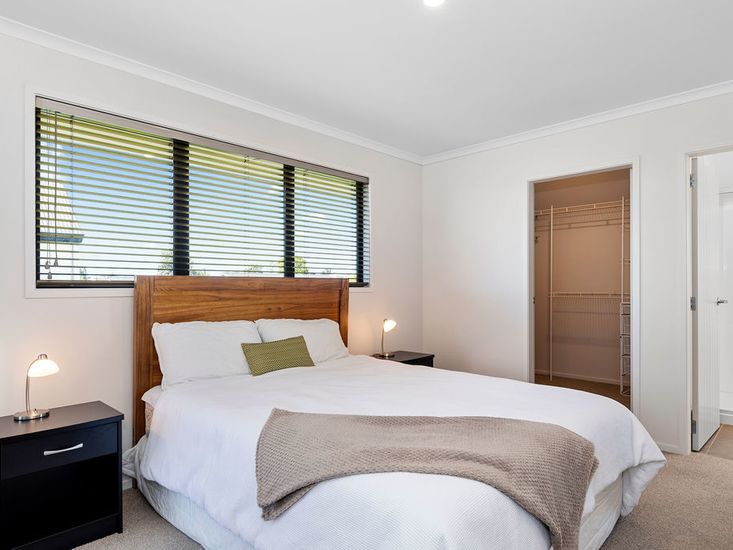 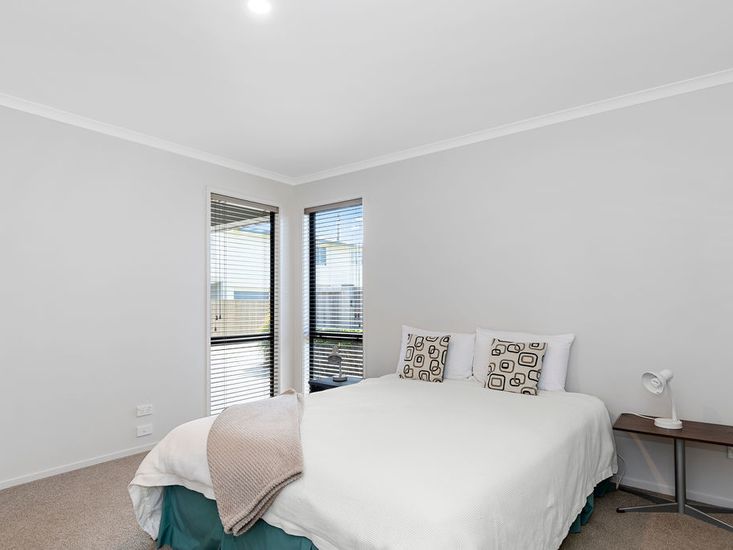 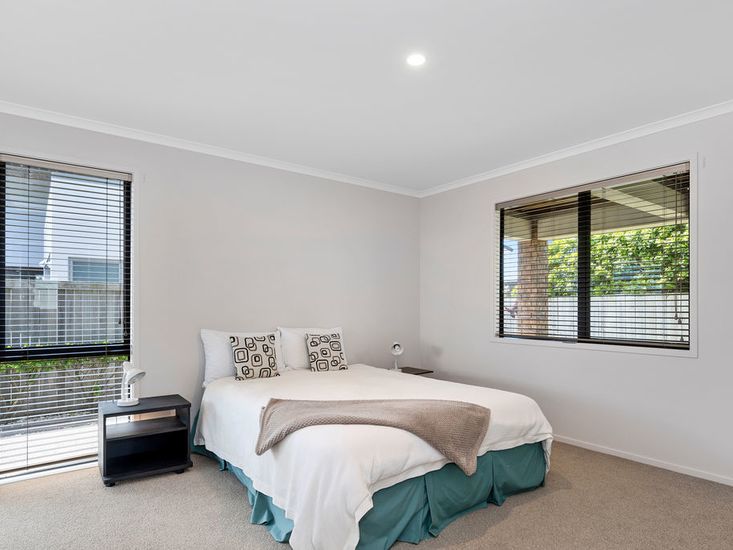 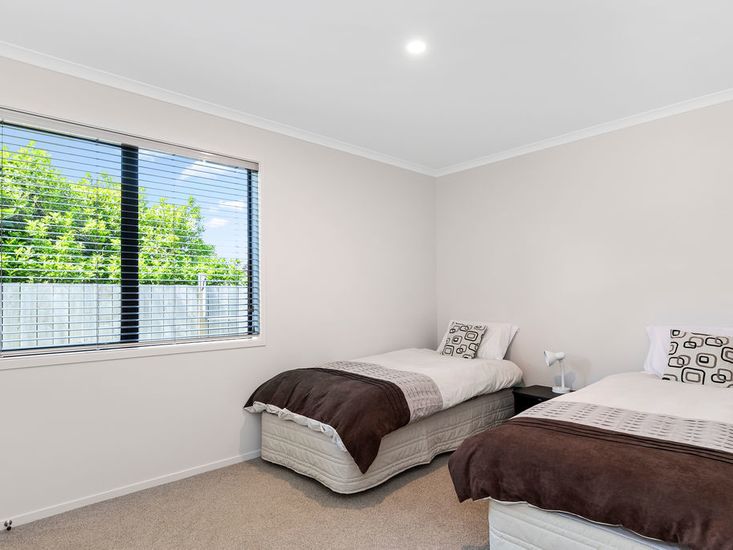 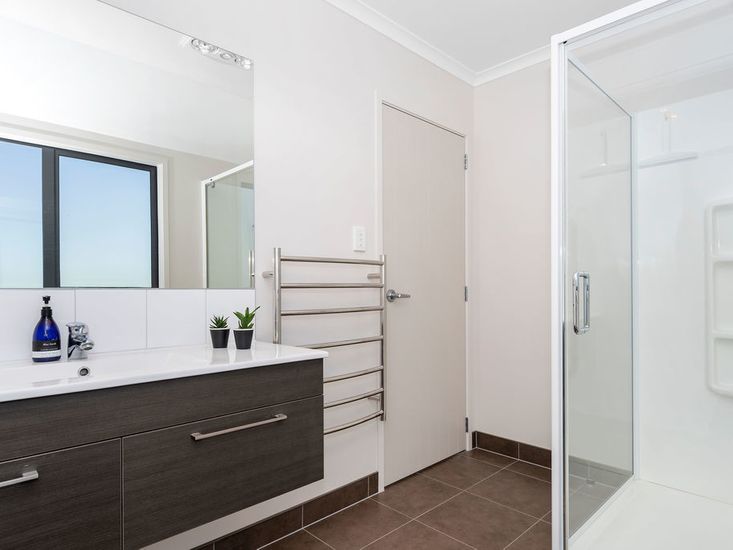 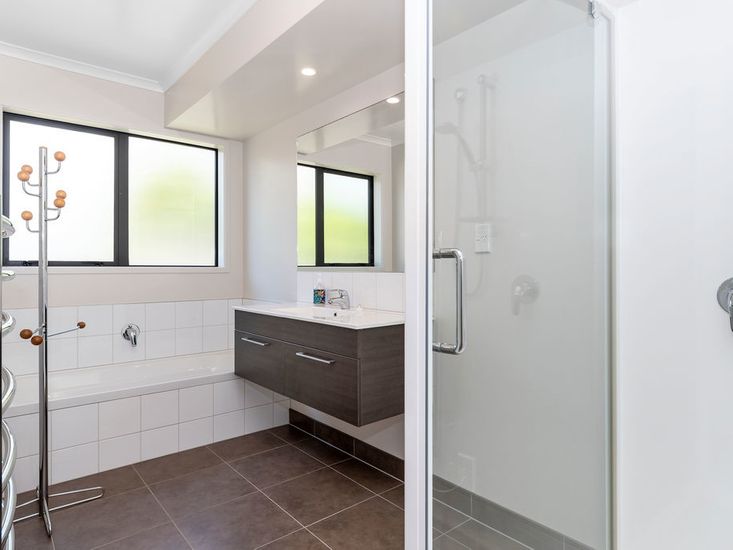 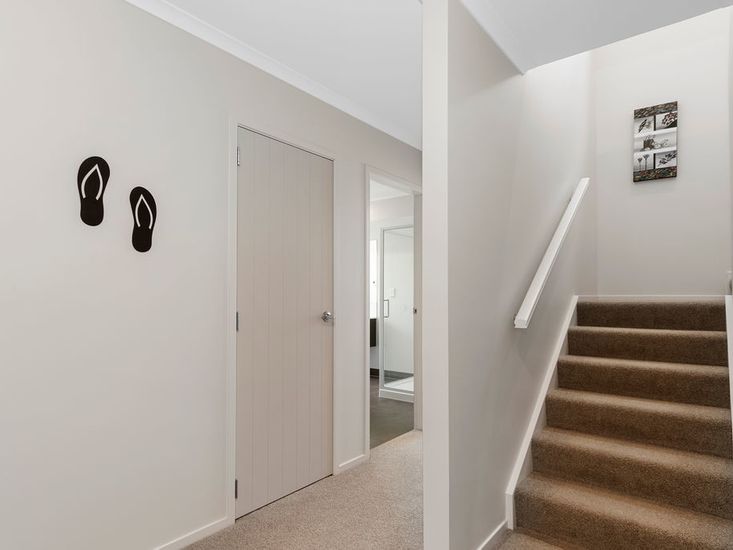 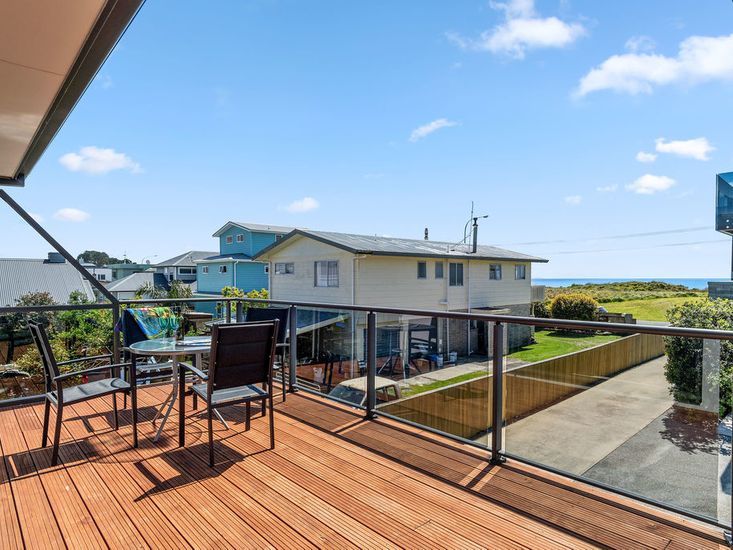 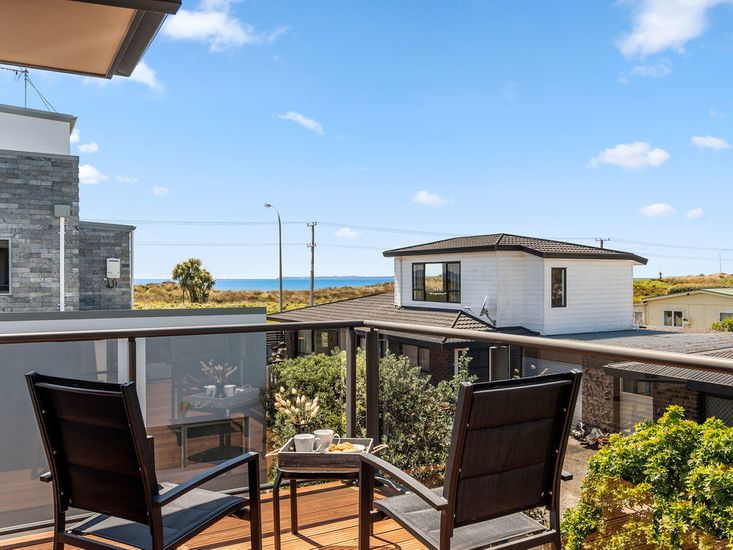 Unwind Here After a Day in the Sun 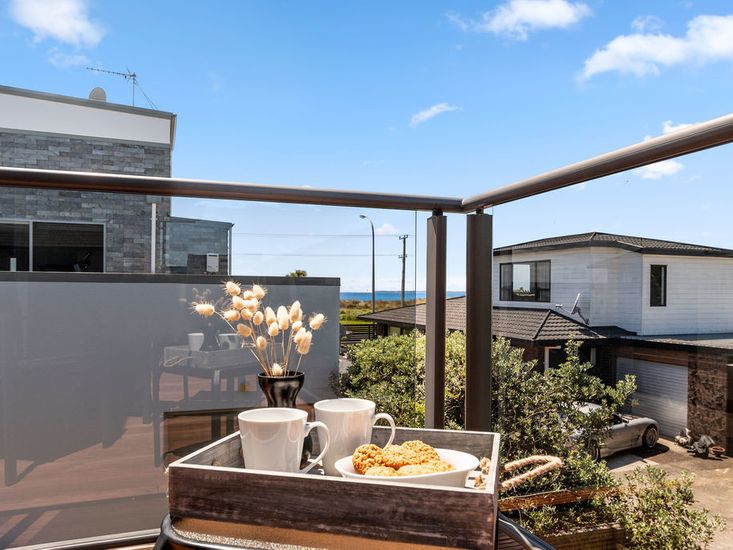 Beautiful Spot in the Sun! 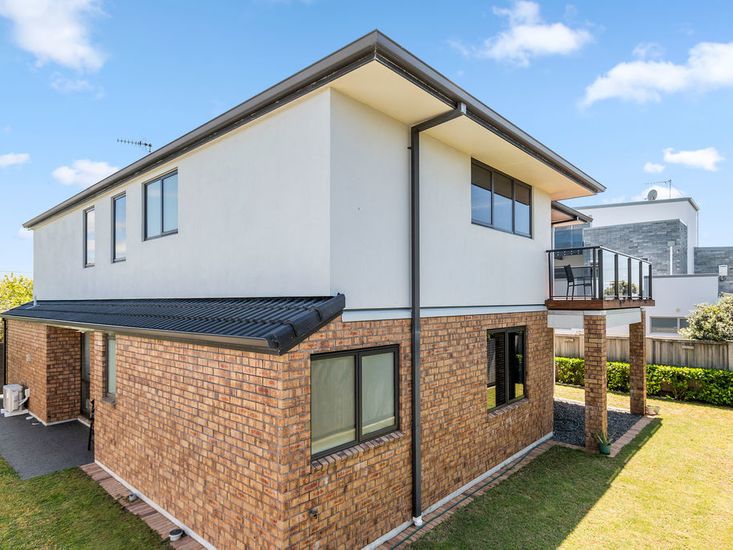 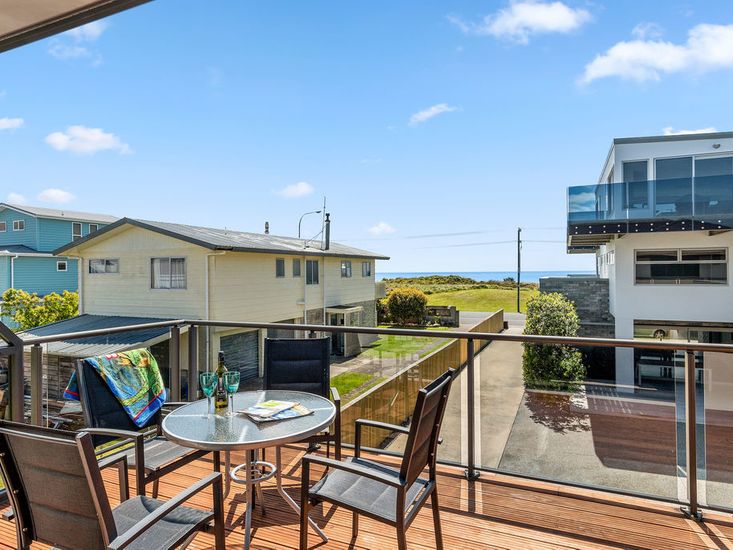 Glimpse of the Sea